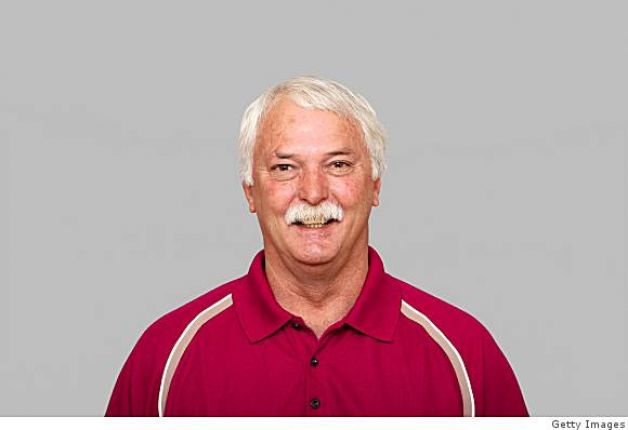 As a wise man named Theodore Logan once exclaimed, “Strange things are afoot at the Circle K.”

The Pittsburgh Steelers fired special teams coordinator Al Everest yesterday afternoon. It’s strange because teams don’t normally boot a coordinator two and a half weeks before the start of the season. It’s also strange because this firing came out of nowhere with no real explanation as to why subsequently given. Local reporters literally saw Everest leaving Steelers HQ with his belongings in a box moments before Jay Glazer of FOX sent a tweet confirming he had been dismissed.

This sent the Trib’s Steelers beat writer into a mini-hissy fit over Mike Tomlin‘s veil of secrecy. I don’t know what team Kaboly has been following the past few years but I have no idea why he’d be shocked or surprised that a national guy trumped the local beat writers. As I’ve mentioned before, the Glazers and Schefters of the world always beat the local guys to the punch. That’s because the local media are all deep in the Rooneys’ pockets and instead of digging around trying to find stories like they do in other cities, our media types basically run with whatever bones the team throws their way.

As such, I don’t expect we’ll be hearing why Everest was fired any time soon. Tomlin only released a nonsensical statement that he was being let go because they wanted “to go in a different direction.” This is ridiculous because Everest coaches special teams, it’s not like offense where you can emphasize several different methods of attack or defense where you can be a disciple of any number of different base formations. Punting and kicking are punting and kicking. The only areas which need coaching are returns and coverage and there are only so many ways you can scheme “run down the field and tackle the guy with the ball if he comes at you, bro.”

I can’t imagine what Everest did to get himself fired. Some people have speculated that perhaps he was unhappy because he was unable to make personnel decisions. In other words, some are thinking maybe he wanted to keep rookie kicker Daniel Hrappmann over Miss’em Suisham and was overruled by the higher ups. I don’t buy that because I doubt any special teams coordinator gets to pick his own players. Besides, I don’t even think Tomlin has much say over who the team keeps/cuts, there’s no way a lowly special teams coordinator is going to pull a power play.

I also doubt Everest was fired because of anything performance related. Special teams coordinators are basically at the mercy of the guys they employ. Get a kicker that booms kickoffs into the first row on the reg and you look like a genius. Put Skippy out there and tell him to pooch every kick so your lousy coverage unit might tackle somebody before he gets to mid-field and you get fired like Everest’s predecessor, Bob Ligashesky. Good special teams coordinators can add wrinkles like fake punts or concoct gimmicks which sometimes lead to blocked kicks but you’re talking about trick plays that a team runs maybe a couple times a year. It’s hardly something that’ll have a major impact on a season.

Everest’s special teams have done pretty well past couple seasons. Suisham is what he is and the punters have been around league average. The coverage unit has been mostly excellent since his arrival. During Ligashesky’s final year, the team would give up ridiculously long returns left and right to the point starters James Harrison and Ike Taylor once begged Tomlin to let them cover kicks because they were sick of watching the other team start every drive at mid-field. The return unit has also been quite good with Antonio Brown making the Pro Bowl last season as a returner.

Everest was almost certainly not fired over performance. Why he was given the boot we don’t know and may never find out. In the meantime, assistant special teams coach Amos Jones will take the reins. The schemes probably won’t change and the talent (or lack thereof) is still in place so I don’t expect much upheaval over this last minute switch.

Which begs the question, why was Captain Kangaroo let go in the first place?