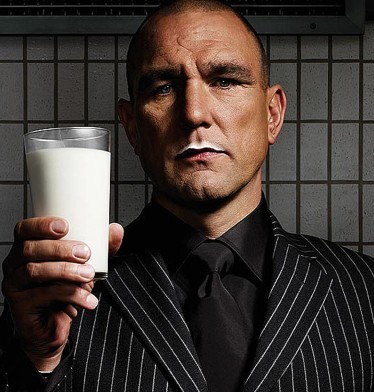 Breaking news: Mike Wallace still has not signed his one year tender. In fact, if the local sports talk shows are to be believed, word is that the Pittsburgh Steelers have stopped negotiating with him completely. As I’ve covered here before, this leaves the two sides at an impossible juncture. Wallace insists he won’t report to camp until “he has to” while the Steelers could theoretically keep him on the team in perpetuity through Franchise tags and the like.

The Steelers aren’t the only team dealing with a disgruntled player. Drew Brees of the New Orleans Saints has been waging his own battle after he was Franchised over the off-season. He still hasn’t signed his tender, either, and reports are he has no intention of doing so by Monday’s deadline. Well, “deadline’ is a misnomer because if he doesn’t sign, the Franchise rules still apply meaning he can sign with another team but for the price of two first round picks. If nobody wanted to pay that price back in April, it doesn’t seem likely somebody will now.

Brees wants a long term deal and he’s not the only one. Wes Welker and Matt Forte were also Franchised and although both seemingly realized they have no choice but to sign their tender and play out the year neither is happy about it. Then we have our good friends down in Baltimore. They have two key players threatening to hold out over contract issues. Ray Rice was, repeat after me, Franchised and he, repeat after me, hasn’t signed his tender because he also wants a long term deal. Meanwhile, rabble rouser Ed Reed does have a contract but it’s the final year of his deal and he’s making noise about holding out until he gets an extension.

I bring up Reed because in comments to the Baltimore Sun, he told them “the NFLPA messed things up” last year when signing the new CBA. Gee, ya think? It became apparent about ten minutes after the deal was signed that the NFLPA basically folded up like a cheap lawn chair. But the deal is done and complaining about it now is nothing more than crying over spilled milk. Granted at least 50% of the NFLPA membership probably reads at a 10th grade level while the other half was probably more worried about making their child support payments than what the deal contained.

Still, it’s the job of the various NFLPA reps and the organization’s leadership to educate their members as to what they’re signing. I’m sure somebody over there knows Powerpoint. Hell, they could easily hire an artist to make some illustrated flash cards to explain how the deal worked. At least roll out a few pie charts. Casey Hampton would definitely pay attention to those.

The point is the deal is signed. They agreed to the tenets of unrestricted free agency and they agreed to the Franchise tag. So players getting huffy about the rules and refusing to abide by them is ridiculous. I understand football is a sudden, violent game and one blindside hit or bad landing on your knee and your career could go down the toilet. I understand that’s why players hate one year deals. But I also understand the basic concept of business which is “you sign a deal, you live up to the deal.” The NFLPA negotiated the new CBA, the players approved the new CBA, so you have to abide by the CBA. Which means if you get Franchised, you sign the contract, show up and play. And if you’re an unrestricted free agent and you get tendered, you sign the tender, show up and play. None of this pouting that you want a multi-year deal, none of this issuing threats and then holding out.

It’s not the teams’ fault they’re taking advantage of the system that was mutually agreed to. If you had a problem with it, last year was the time to enact a change. Now, it’s too late. And if you’re unhappy, there’s nobody to blame but yourselves.