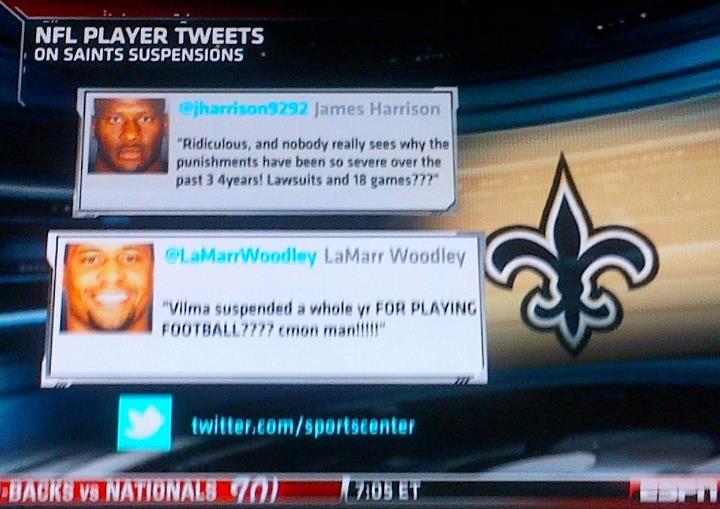 Jim Clack. Ray Mansfield. Steve Furness. Joe Gilliam. Dave Brown. Ray Oldham. Willie Fry, Jr. Steve Courson. Dwight White. Ernie Holmes. Tyrone McGriff. Mike Webster. All members of the Steel Dynasty. All passed away in their 40s and 50s, many from heart disease/heart attacks at an unusually early age. Linebacker David Little had a heart attack while working out, causing the barbell to land on his throat, killing him at the age of 46. Terry Long committed suicide. Justin Strzelczyk led police on a high speed chase before slamming head on into a tanker truck. He was only 36.

Moving away from the Pittsburgh Steelers, a spat of suicides have plagued the NFL in recent years. Eagles safety Andre Waters took his life in 2006. Former Bears safety Dave Duerson killed himself in February of 2011. His suicide was what really fueled Roger Goodell‘s ongoing crusade against dangerous hits and crystallized the league’s resolve to crack down on concussions.

And now we Junior Seau.

Seau was the latest, and arguably highest profile, ex-player to commit suicide, taking his life yesterday at the age of 43. I’m not going to go into a long syrupy tribute to Seau because, frankly, taking one’s own life is something which deeply offends me. It’s a selfish, cowardly act which does nothing but create a world of pain and heartache for those you profess to love. If you tuned into the Four Letter yesterday to catch the breaking news, you no doubt saw the heart-wrenching footage of Seau’s mother which ESPN rather shamelessly exploited by playing on a near-constant loop. So while my sympathy does go out to Seau’s family, I want to confine my comments to how Seau’s death shines light on a very disturbing aspect of professional football.

Yesterday, Commissioner Goodell suspended four players involved in the New Orleans Saints BountyGate case, most notably Jonathan Vilma, who received an unprecedented full season ban. I was on Twitter when the news broke and almost without exception, every Steeler tweeted their displeasure with the Goodell’s ruling. LaMarr Woodley and James Harrison posted the above, which only goes to show the players don’t get it. Nobody has been more critical of Goodell’s heavy-handed punishments than me but what the Saints did goes far beyond what any Steeler was ever fined/suspended for. Putting bounties on players for the express purpose of injuring them is no different than a bookie in Vegas paying a legbreaker to rough somebody up in a back alley. What the Saints did wasn’t poor sportsmanship, it was a CRIMINAL act.

Harrison does make an intelligent point, however. Don’t kid yourselves, the NFL knew it was eating these guys up and spitting them out. Goodell was promoting “player safety” while simultaneously pushing an 18 game season. The owners have been and always will be a bunch of self-serving assholes. 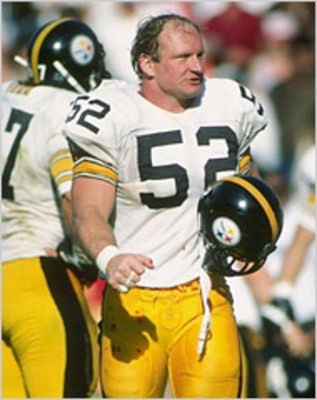 The owners have never given a crap about the players unless they had to. And it’s finally come to a head with the lawsuit Harrison references where thirty-one former NFL players have filed suit against the league for not protecting them against concussions. That and the recent spate of suicides, all of whom were later found to be suffering from serious brain damage, has revealed an ugly truth about the game we love. As the players have become bigger, stronger and faster and the game has become more hard hitting and violent, the players bodies simply can’t take it. And the brain is usually the first part that goes to mush.

Mike Webster is one of the greatest Steelers ever. He’s a Super Bowl champion, the standard for his position, and a Hall of Famer. On a personal note, he was also my grandpa’s favorite player. But he lived out the last years of his life sleeping in his truck and unable to function in society. His brain was so damaged from years of wars in the trenches, he was a veritable walking vegetable. I know it’s easy to say, “Players know what they’re signing up for,” but nobody should be subjected to a life like that. Nobody.

And it’s long past time the NFL and its players pull their heads out of their asses and take steps to ensure more players don’t end up like Seau or Webby in the future.