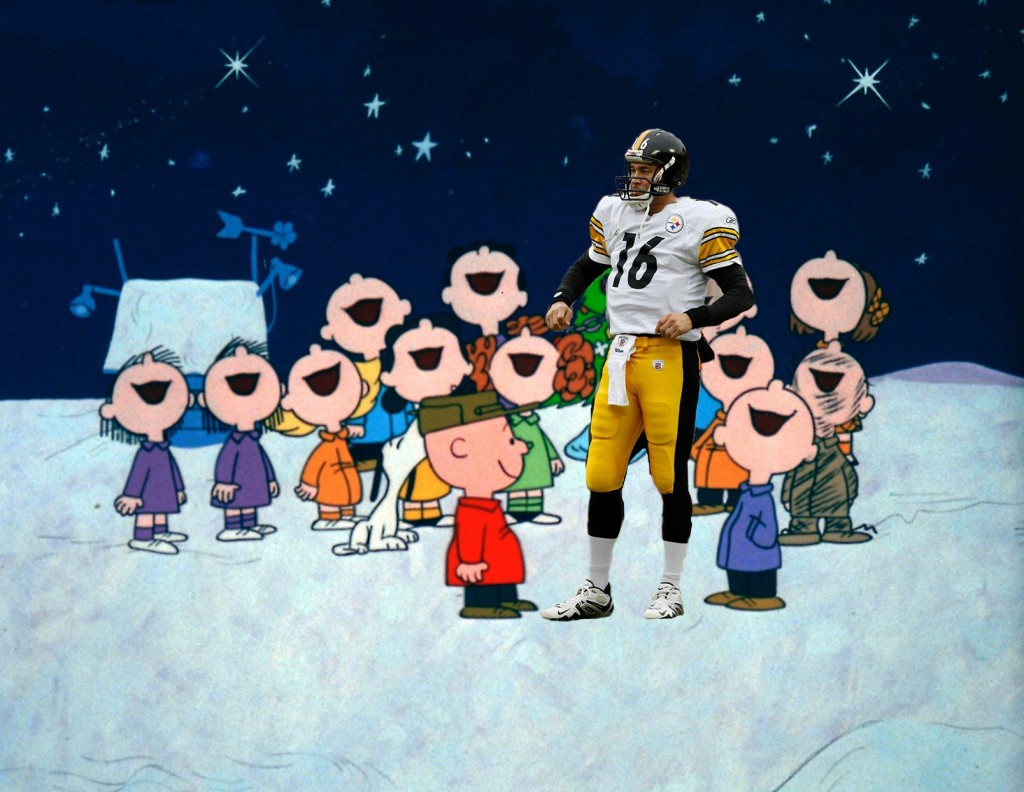 I hope everybody had a great Christmas.

The Pittsburgh Steelers surely did. First, the Black and Gold shut out the hapless St. Louis Rams 27-0. About a half an hour later, the New York Giants put the finishing touches on a crucial late-season victory over inter-city rival New York Jets. As satisfying as it is to watch that arrogant blowhard Rex Ryan stick his foot in his mouth, the G-Men did the Steelers a huge favor. With the Jets’ loss, the Cincinnati Bengals now control their own destiny. Win next week and they’re in the playoffs for only the third time in twenty-five years. And who might they be playing in the season finale?

Of course, everything would be moot if not for a fantastic workman-like effort by the Steelers. Granted the Rams were starting their third string quarterback and are utterly terrible on both sides of the ball but if we’ve learned anything over the years, it’s to never take any opponent lightly. The Steelers, playing with their own back-up quarterback protected by an offensive line in a total shambles, finally mounted a rushing attack that has been absent all year. Rashard Mendenhall had his best game in almost two seasons, piling up 116 yards on 18 carries. The Steelers’ running game was so effective, they dressed three running backs and all three scored a touchdown. Redzone Redman continued his fine season while rookie John Clay, activated from the practice squad due to injuries to Mewelde Moore and Jon Dwyer, gave us a glimpse of what we saw in the preseason, busting a beautiful 10 yard TD run on the first and only carry of his career.
Read More »Week 16 Recap: Merry Christmas, Charlie Batch!