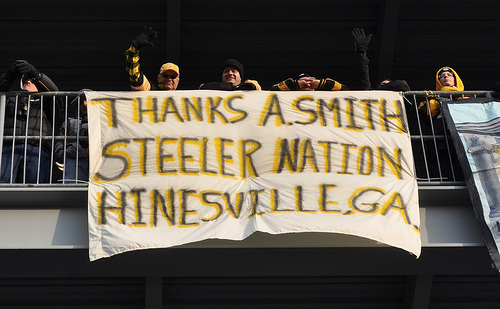 I can’t help but be reminded of Rod Woodson. A 2009 Hall of Famer, Woodson was one of the best defensive backs to ever play the game. He possessed unbelievable speed for a man his size, routinely baiting quarterbacks by letting wide receivers run past him only to turn on the jets and close on the receiver when he saw the ball in the air. In 1995, Barry Sanders juked his ACL off his knee and when he returned the following year, he didn’t have that same freaky closing speed. After watching him repeatedly get beaten on deep bombs, the Steelers thought his career was on a downhill slide and asked him to take a pay cut and move to safety, both of which he allegedly refused. While the Rooneys and Woodson eventually buried the hatchet, at the time this resulted in a divorce so ugly it would’ve made Mel Gibson wince.
END_OF_DOCUMENT_TOKEN_TO_BE_REPLACED