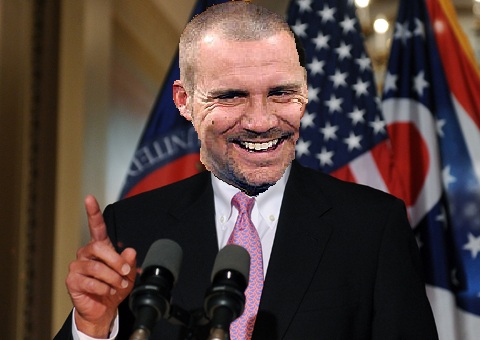 Your old pal Chris here. A couple weeks back, I ran a special Guest Blogger column by longtime reader Hennessy. His post generated the most comments in Total Steelers history clearly indicating yinz guys like him better than you like me. Since I’m still stunned and angry over the Baltimore game and, left to my own devices, I’d write five posts ranting about the various travesties that happened on Sunday, I figured it might be nice to bring in a relief pitcher to change things up a bit. Take it away, Hennessy…

The Pittsburgh Steelers have drafted five quarterbacks since 2000, all of them in the fifth round, except, of course, Ben Roethlisberger. The brightest star in that group was Ex-Tennessee Volunteer Tee Martin, mostly because he had a pretty cool name which sounded particularly good in Pittsburghese. As we learned (the hard way) last Sunday, not to mention with the parade of human traffic cones who man the offensive line every season, we’ve clearly had greater areas of need in recent drafts. But this season and the success of Young Money have me hoping there is a plan to develop a game-ready mentor to Ben in the coming years.

I never thought I would find myself in this position, but Bruce Arians has made me a fan of the pass-first offense. That’s not to say I don’t shudder every time I hear someone saying we are getting away from “Steeler Football” (because we are, and yinzers don’t take well to change with the Stillers). There might not be anything more fun to watch than the pounding football of old, but the way Ben snaps, scrambles and throws has been pretty entertaining. And whadda ya know, he’s winning a lot of damn football games doing it.
END_OF_DOCUMENT_TOKEN_TO_BE_REPLACED 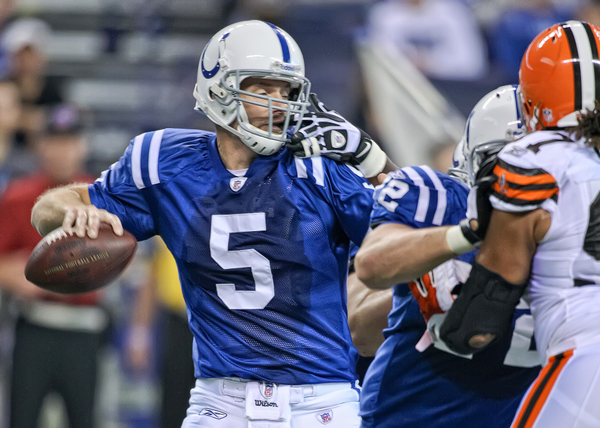 I simply watch for the hilarity. From his grand pronouncements (“Unleash Hell!) to his ridiculous Tomlinisms (“The standard is the standard.”) to his bizarre non-sequitors (“We were grape squashers.”), no coach is as thoroughly entertaining as Mike Tomlin. I wish the Steelers sold tickets to his pressers because at least you can be assured of a solid 15-20 minutes of set-ups and punchlines. That’s certainly more than you can say about a Dane Cook concert.
END_OF_DOCUMENT_TOKEN_TO_BE_REPLACED 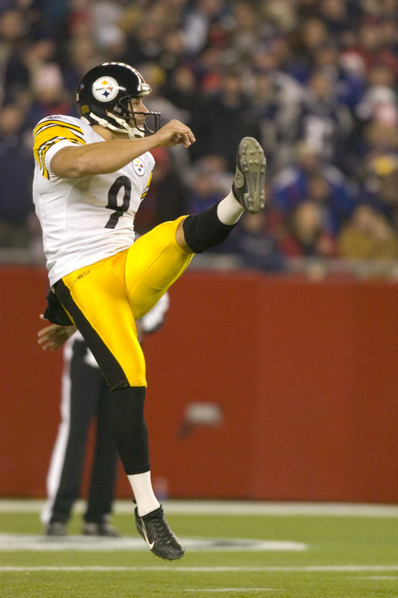 Remember, folks, Roger Goodell is all about listening to the fans.
END_OF_DOCUMENT_TOKEN_TO_BE_REPLACED 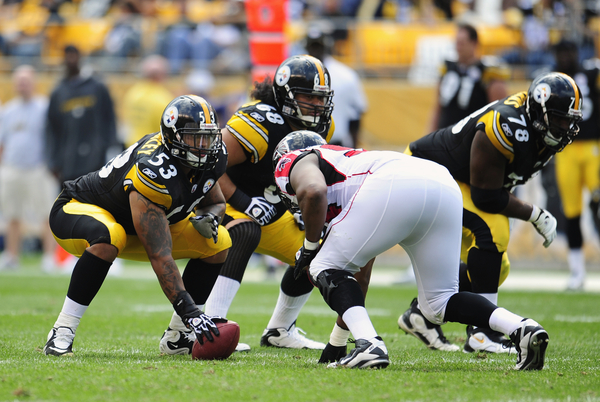 The ugliest injury belonged to back-up quarterback Byron Leftwich, who broke his left arm bracing his fall early in the second half.  The camera didn’t cut directly to [intlink id=”55″ type=”category”]Dennis Dixon[/intlink] so we can only speculate whether he was sticking pins into his Leftwich voodoo doll at that exact moment.  Seriously, how much luck can one man have?  Dix must have been born with a horseshoe up his ass.
END_OF_DOCUMENT_TOKEN_TO_BE_REPLACED

The [intlink id=”19″ type=”category”]Pittsburgh Steelers[/intlink] face the Atlanta Falcons in the all-important third exhibition game tonight at Heinz Field.  If you’re going to the game, don’t walk under any ladders.  Stay clear of black cats.  And if you own a rabbit’s foot, by all means bring it with you.

The third preseason game is where many a season is won or lost.  It’s the game where starters see the most amount of work in anticipation of the season opener.  [intlink id=”45″ type=”category”]Mike Tomlin[/intlink] has already stated he’ll be be playing the starting units almost the entire first half.  Hopefully when that half is over, everybody will be healthy and ready for the regular season.

Beyond praying to the Injury Gods that they watch another game tonight, there will be a couple interesting little side notes to keep tabs on.  First, [intlink id=”85″ type=”category”]Tony Hills[/intlink], who has been a total bust as a tackle, will start at right guard.  The Steelers have talked of the move during training camp and this will be Hills formal audition for the job as for some reason Doug Legursky and Ramon Foster have fallen out of favor.  I don’t know what Chris Kemoeatu or Jonathan Scott have done exactly to be penciled in as sure thing starters either but I guess beggars can’t be choosers.

Also, for fans of [intlink id=”55″ type=”category”]Dennis Dixon[/intlink], this may be your last chance to see Slash 2.0 in the Black and Gold.  I believe Dix will get a lot of work in the second half as the Steelers try to showcase him for other teams.  I make no secret of my love for the guy but he’s not really what a Super Bowl contending team needs in a number three starter.  The Steelers would dearly love to get a draft pick for him rather than simply cutting him loose.  Considering the Raiders wasted a third rounder on a glorified power forward like Terrelle Pryor while the Colts just signed 45 year old redneck racist Kerry Collins to fill-in for an injured Pey-Pey, there has to be SOME market for a young quarterback with Dix’s upside. 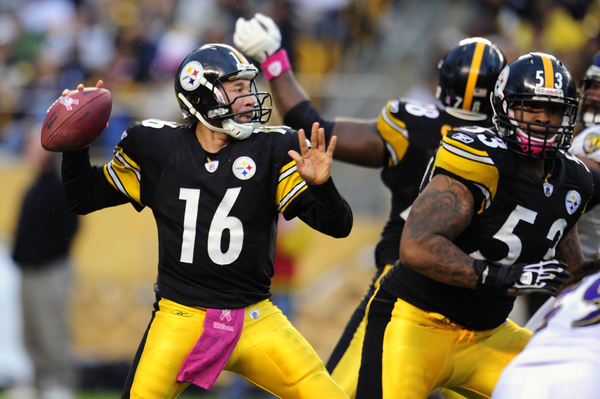 It became moot a few minutes ago when the Oakland Raiders secured the rights to Pryor for a third round draft pick.  Leave it to the Raiders to overpay by two rounds in the Supplemental Draft.  Then again, he was the fastest quarterback to come out of college in the past three years.  Oh, Grandpa Al, never change.
END_OF_DOCUMENT_TOKEN_TO_BE_REPLACED