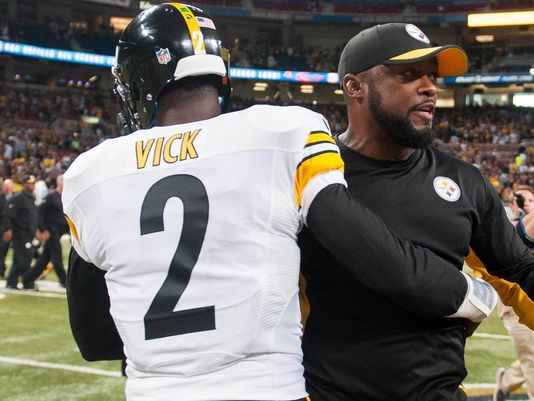 In Ben’s absence, the offense is being run by Landry Jones. Jones assumed the role of back up this season after coming off the bench to lead the Steelers to a win against the Arizona Cardinals. He followed that with a solid if unspectacular performance in a loss against the Chiefs. Jones was supposed to start a couple weeks later in Cleveland but was hurt on the opening drive, allowing Ben to enter as the “emergency back up” and proceed to torch the hapless Browns for 379 yards and 3 TDs. END_OF_DOCUMENT_TOKEN_TO_BE_REPLACED

A week after Bill Belichick all but waved the white flag, Rex Ryan brought his new team to play, in the process knocking his old team out of the playoffs. The Bills upsetting the Jets left the post-season door wide open. Literally minutes later, the Pittsburgh Steelers defeated the Cleveland Browns 28-12 to backdoor into the NFL Playoffs. As with everything involving the Black and Gold, it wasn’t easy. END_OF_DOCUMENT_TOKEN_TO_BE_REPLACED 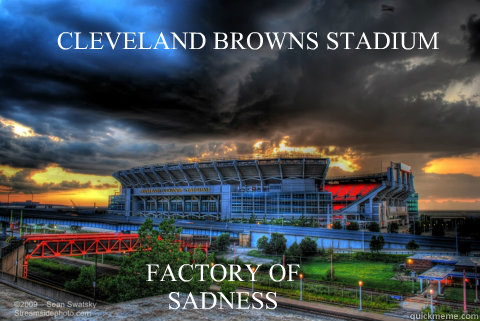 With their playoff hopes hanging by a thread, the Pittsburgh Steelers need a win against the Cleveland Browns to stay alive. After that, they can do nothing but hope the Buffalo Bills upset the New York Jets. This surely isn’t where they wanted to be. Unfortunately, the standard is the standard. END_OF_DOCUMENT_TOKEN_TO_BE_REPLACED

I hope everybody got what they wanted for Christmas because yesterday the Steelers left coal in all our stockings. In the latest in a long string of embarrassing losses to bad teams, the Baltimore Ravens upset the Pittsburgh Steelers 20-17, placing their playoff hopes in serious jeopardy. In a year where we started our third string quarterback and played some of the best teams in the league, naturally they save their worst game of the season for right when everything is coming together. The standard is the standard, right? END_OF_DOCUMENT_TOKEN_TO_BE_REPLACED

After Sunday night’s disastrous outing, Pittsburgh Steelers head coach Mike Tomlin has demoted return man Jacoby Jones off kick and punt returns for the foreseeable future. That’s the bad news for him. The good is he’s still drawing a paycheck as the Steelers didn’t release him (yet). We often wondered what sort of blackmail Dri Archer had on Tomlin in order to stay employed despite showing no discernible talent. There’s no such mystery with Jones as I suppose Tomlin feels he owes him one for tripping him on that infamous kickoff return a couple Thanksgivings ago. END_OF_DOCUMENT_TOKEN_TO_BE_REPLACED 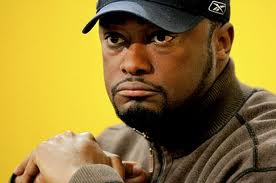 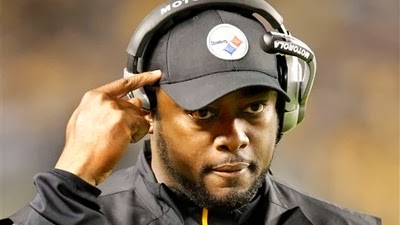 What the hell was Mike Tomlin thinking at the end of Sunday’s game?

I was too shellshocked by the loss of Le’Veon Bell to really talk about it in my game recap but the end of last weekend’s Steelers-Bengals game featured some of the worst clock management in football history. Even for a coach known as terrible at managing clocks, this was a whole new level of absurd. All season long, the Pittsburgh Steelers have snatched defeat from the jaws of victory by shooting themselves in the foot. Last thing they need is their head coach joining in on the sabotage. END_OF_DOCUMENT_TOKEN_TO_BE_REPLACED

Credit Mike Tomlin and Todd Haley for having balls the size of California’s state debt. END_OF_DOCUMENT_TOKEN_TO_BE_REPLACED 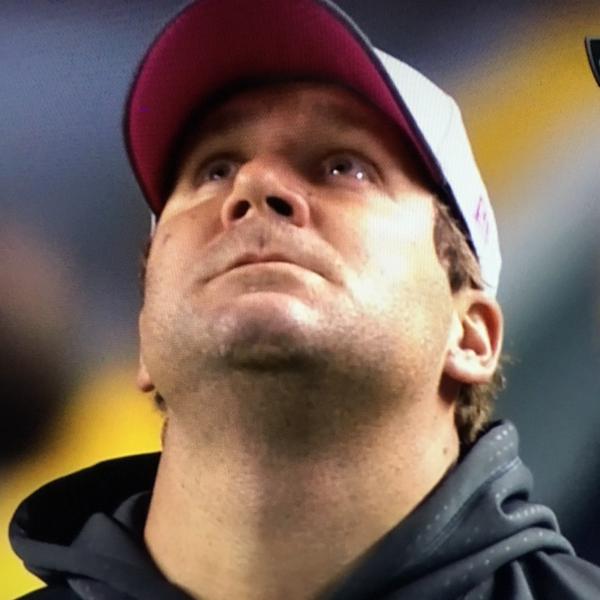 And, sure enough, eventually finally happened (RIP Yogi). I understand sports is not a knee-jerk business. I get as frustrated as anybody when a player makes one bad pitch or one bad play and 200 yinzers on Twitter want him cut. But at the same time, there are times when you can clearly see somebody doesn’t have it. And it’s annoying that teams seemingly ignore the obvious hoping it’ll go away until something so catastrophic happens they’re forced into action. END_OF_DOCUMENT_TOKEN_TO_BE_REPLACED

Boy, that was fun.

The Pittsburgh Steelers notched their first win of the season by obliterating the San Francisco 49ers 43-18. Yes, there’s still a lot of football left to be played in 2015. And, yes, the Niners were at a pretty big disadvantage having to travel across country on a short week while their opponent had ten days to prepare. Those things given, it’s hard to be anything less than impressed with the Black and Gold’s showing yesterday.

A thorough recap would be impossible because pretty much everybody on our side played a great game. Ben Roethlisberger was as close to perfection as you can get, going 21-27 for 369 yards and three TDs. Antonio Brown caught 9 of them for 195 and a TD. DeAngelo Williams – Le’Veon who? – in his final start for the foreseeable rushed for 77 yards and 3 TDs. Darrius Heyward-Bey and Markus Wheaton had productive games, each catching one long bomb (41 and 48 yards, respectively) to set up a scoring drive. END_OF_DOCUMENT_TOKEN_TO_BE_REPLACED