Which at first seemed absurd but after thinking it over, is this the end of the line for Troy Polamalu? END_OF_DOCUMENT_TOKEN_TO_BE_REPLACED

I repeat, no Steeler team in the franchise’s storied 80 year history has ever surrendered as many points as they did yesterday in their 55-31 loss to the New England Patriots. END_OF_DOCUMENT_TOKEN_TO_BE_REPLACED

From the Spygate AFC Championship Game to the 34-13 beatdown Tom Brady dished out after safety Anthony Smith let his mouth write checks his ass couldn’t cash, it’s been one disappointment after another. On Sunday, the reeling Steelers limp into Foxboro to face the first place Patriots on national TV. At this point, we can only pray they aren’t embarrassed. END_OF_DOCUMENT_TOKEN_TO_BE_REPLACED 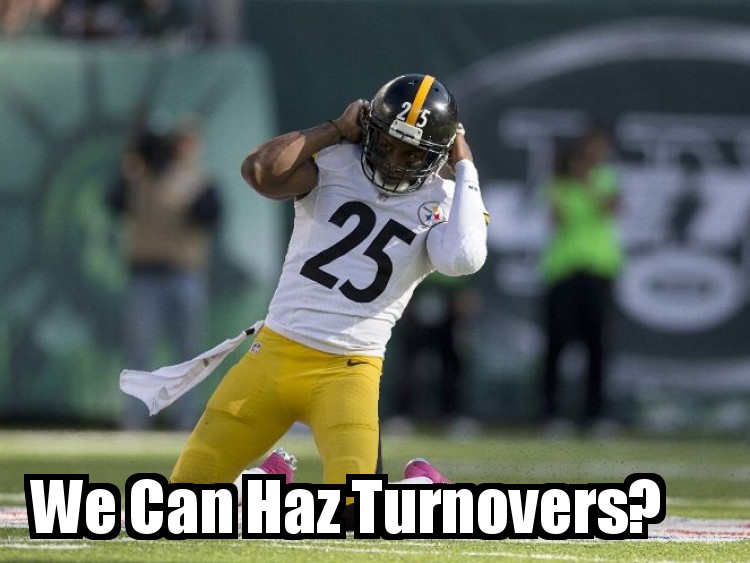 With the Bucs done for the year, the Black and Gold wasted no time getting off the schneid by defeating the New York Jets 19-6. The highlight of this game was Bill Cowher, the greatest coach in Steeler history, in the booth calling the game with the normally unlistenable duo of Nantz and Simms. Not only did CBS make sure to work in a plug for Cowher’s mid-life crisis, er, leather-clad rocker babe, the Chin’s near orgasmic joy with every field goal attempt made an otherwise dull game seem exciting. END_OF_DOCUMENT_TOKEN_TO_BE_REPLACED

Clark appeared on his home away from home, ESPN’s First Take, where he had a chance to catch up with his old buddy Skip Bayliss. Of course the first question they asked was about the Black and Gold’s wretched 0-4 start. Not surprisingly, Clark downplayed the team’s woes, maintaining the team would rebound to make the playoffs. Shockingly, Dallas-based Bayliss agreed with him. END_OF_DOCUMENT_TOKEN_TO_BE_REPLACED 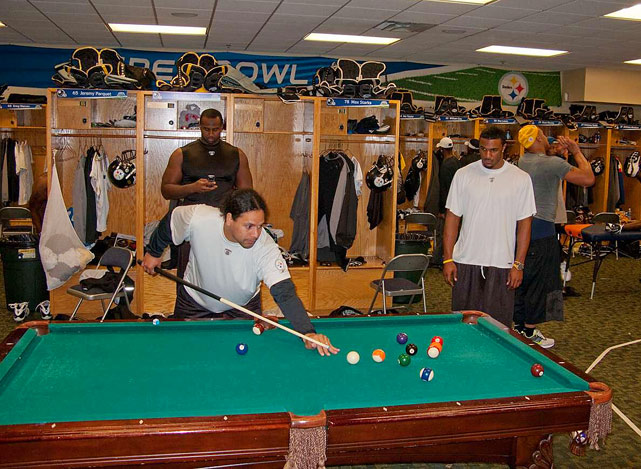 Then the Steelers came for me,
and there were no games left to play. END_OF_DOCUMENT_TOKEN_TO_BE_REPLACED 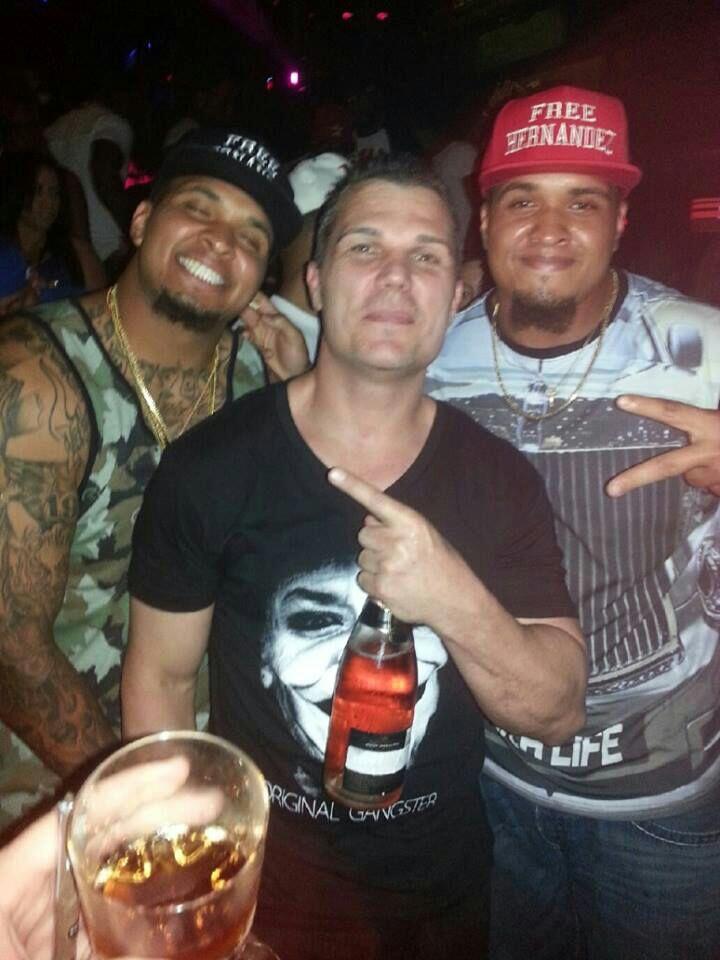 The Pittsburgh Steelers have elected their team captains for the upcoming season. The four captains are Ben Roethlisberger, Ryan Clark, Brett Keisel, and Maurkice Pouncey. Ben and Pouncer obviously represent the offense while Clark and Keis stand for the D. The Steelers usuallly have a special teams representative but for whatever reason it appears they won’t this season. Perhaps when they play less shitty they’ll be granted a seat at the big boy table. END_OF_DOCUMENT_TOKEN_TO_BE_REPLACED 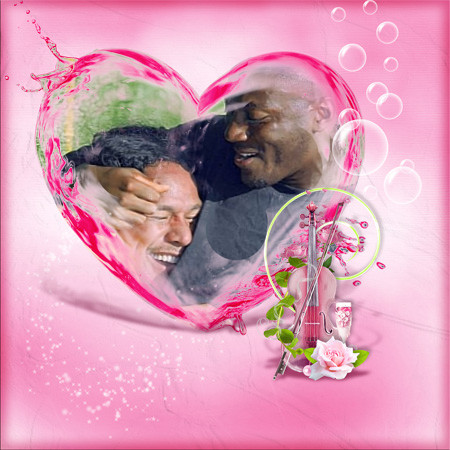 Well, Ryan Clark and safety partner Troy Polamalu are here to tell you this year’s Steelers are different. This year’s training camp should’ve been held in Woodstock, New York rather than Latrobe, Pennsylvania because it has been nothing but one great big lovefest. END_OF_DOCUMENT_TOKEN_TO_BE_REPLACED 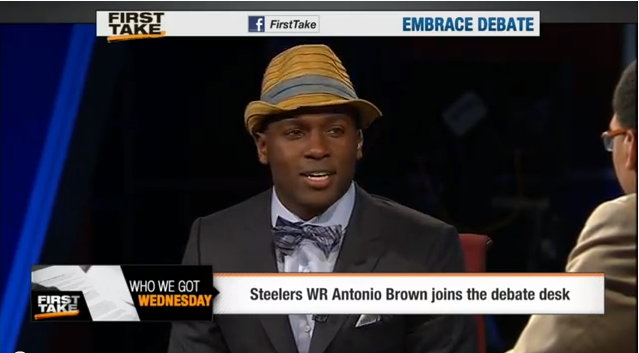 When last we left this ridiculous controversy, an unnamed player called linebacker LaMarr Woodley a fatass. Regardless of his off-season workout regiment, there’s absolutely no denying Woodley has been an injury prone disappointment since signing his big money contract extension a couple seasons back. These unattributed comments riled up team leader/annoying loudmouth Ryan Clark, who was offended someone would break the code of locker room omerta. Shockingly, Clark did make one valid observation; that the team had a clear leadership vacuum in the wake of last season’s purge of veterans.

Since no controversy is complete until we hear from the wide receivers, not one but two Steelers wide outs chimed in on this issue. First there was Antonio Brown, wearing the swankiest pimp hat this side of the Godfather. He appeared on ESPN’s First Take but since I try to avoid ESPN and I especially try to avoid First Take, I only caught his comments when they were uploaded to their website. In between his various assaults on the English language, AB managed to reveal the Steelers had a “fractured” locker room with guys more worried about their stats and impending free agency than winning football games.

In other words, Mike Wallace and Rashard Mendenhall were the bad guys. Shocking, I know. And convenient. Since both of those goofs are long gone, it very nicely puts all questions about a divided locker room to rest. At least until the team loses two in a row to bottom feeders they should’ve crushed.

Hines Ward, who is no longer a Steeler although for some reason the media runs to get his opinion on every move they make, went on the NFL Network to weigh in on this controversy. Hines reiterated Clark’s point about losing veteran leaders and talked about the team losing track of the Steeler Way. He also provided every headline writer their money quote by saying the backbiting was a sign the team was in “total disarray.” Impressive insight for a man who spent most of last season in Los Angeles preparing sweet and sour spare ribs for Guy Fieri and Rachel Ray.

Look, the Steelers definitely have a problem. When they cut Hines and James Farrior, yinzers called local sports talk shows worried about leadership and were dismissed by hosts who (rightfully) pointed out teams don’t have to like each other or be compromised of good guys to win. Now that the players themselves are pointing out the problems in the locker room, those same hosts are all over this topic. This is why I started this blog, the reporters and sports personalities in this town suck.

You don’t need a team full of choir boys or a team wide lovefest to win. However, the good guys need to outnumber the bad guys. The Steelers have had idiots on the team before but with Hines or the Bus leading the locker room and a hard-ass head coach in Bill Cowher, the Steeler Way prevailed. In recent years, the guys who were all about winning have faded away and a bunch of chest-thumping me-firsters have taken their place. And instead of the head coach reining them in, we have hear-no-evil see-no-evil Mike Tomlin. There is a systematic flaw within this team. Unfortunately, a flaw I don’t see being corrected any time soon.