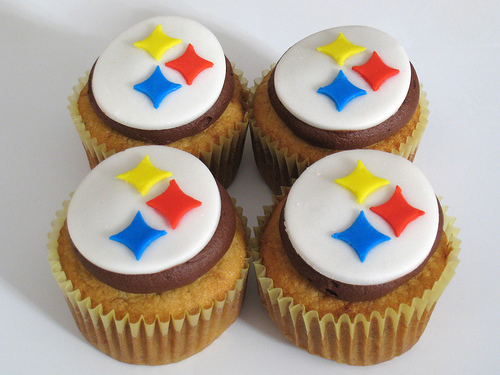 The first couple years of the Mike Tomlin regime saw training camps so punishing and intense, many veterans blamed them for the injuries which seemed to plague the Pittsburgh Steelers during the regular season.  Last year, Tomlin acknowledged their grumbling by holding practices so light that Latrobe became known as “Camp Cupcake.”  With the new CBA forbidding two-a-days and limiting how many full contact drills can be held per week, the choice of what kind of camp to run has effectively been taken out of Tomlin’s hands.

Yet as we approach the first full week of training camp, it seems like half the roster are among the walking wounded.

Corners Kennan Lewis, Bryant McFadden, and Crezdon Butler haven’t been practicing due to an assortment of maladies.  Not exactly the ideal start for a unit already under fire for their poor play last season. Speaking of maligned units, Chris Kemoeatu has been sidelined with a bum knee as has rookie OT Marcus Gilbert.  Again, not the ideal situation for a unit in flux.

As noted in the headlines, Hines Ward was also placed on the Physically Unable to Tango list.  [intlink id=”81″ type=”category”]Emmanuel Sanders[/intlink] hasn’t been placed on that list (yet) but yesterday it was announced he wouldn’t be ready to practice for at least another three weeks.  That might seem understandable considering he broke his right foot in the Super Bowl.  However, the injury currently sidelining him is to his LEFT foot.  No wonder the Steelers were wooing Plax.

Ward isn’t the only veteran star struggling with injury.  [intlink id=”57″ type=”category”]Troy Polamalu[/intlink], who was hobbled the second half of last season then had a totally forgettable playoff run, is slowly easing himself back after rehabbing his sprained Achilles tendon during the off-season.  While Troy avoided the surgeon’s knife,[intlink id=”52″ type=”category”] James Harrison[/intlink] had not one but two back surgeries to clear up a herniated disc.  Both men have been practicing but acknowledge they’re still battling through the lingering after-effects of their injuries.

Nobody has been hit harder by the injury bug than Aaron Smith.  Smith showed up at camp slimmer than in previous years and is hoping to finally justify the $4.5 million left on the final year of his contract.  Unfortunately, the chances of Smith making it through a season uninjured are about as good as Lindsay Lohan making it through a day without a shot of Tequila.  Last season it was a torn triceps, the season before he tore his rotator cuff and two seasons before that it was a torn biceps.  Smith has been a great player but as Chuck Noll was known to say, “It’s time to get on with his life’s work.”