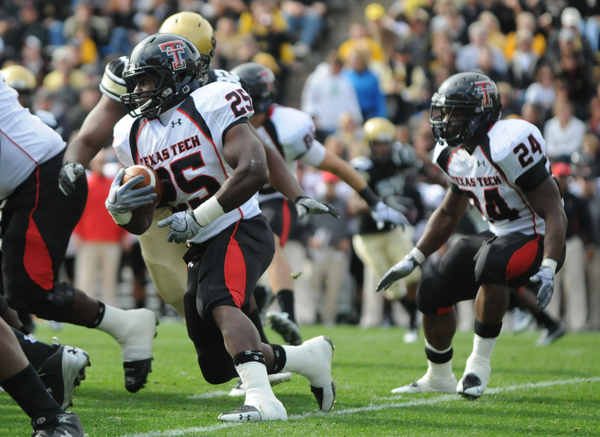 Training camp claimed another victim yesterday when this year’s 7th round draft pick, running back Baron Batch, blew out his knee making a cut on the practice field’s artificial turf.  Batch later confirmed on his fantastic blog that it was indeed a torn ACL.  Which is a shame not only because it ends his season but also because now I don’t have any reason to visit his site.  The man has great taste in music.

Batch was one of the shining stars of camp, which is kinda like saying someone is the prettiest girl in Cleveland.  Every year the Steelers beat reporters speak glowingly of some undrafted rookie or unheralded practice squadder who comes in and kicks ass from one sideline to the other.  And then said player invariably ends up spending the entire regular season sitting on the bench or running with the taxi squad.

It brings to mind this great quote from [intlink id=”86″ type=”category”]Mike Tomlin[/intlink] in yesterday’s Post-Gazette:

A media newcomer to the Steelers beat asked Tomlin if he might start Antonio Brown over Hines Ward .

With Batch dispatched, we’re left with last year’s training camp phenom, Isaac “Redzone” Redman and veteran Mewelde Moore as back-ups to Al Queda’s favorite football player, [intlink id=”88″ type=”category”]Rashard Mendenhall[/intlink].  Last year, Redzone had a chance to prove himself as a goal line back but never managed to actually carry the ball in to the end zone.  He only rushed 52 times, although he converted first downs on 20 of them.  MM is a third down back and that’s all he’s really capable of at this point in his career.  Behind them, you have second year man Jonathan Dwyer, who reportedly arrived at camp looking like Casey Hampton’s twin brother.

Which means we’re left with all-Rashard-all-the-time.  The problem with running a guy “until the wheel’s fall off” as Tomlin famously said in reference to Willie Parker is that usually that leads to the wheels falling off.  It’s no secret the shelf life of a running back is roughly akin to a carton of milk bought at a Korean grocery.  Does anybody want to relive the downfall of Fast Willie, who went from Pro Bowl caliber back to “send him to the glue factory” practically overnight?

I have no problem with Mendy getting the lion’s share of the work.  He showed flashes of true superstar potential at various points last season, even if he faded badly down the stretch.  My only concern is he hasn’t exactly had the best history, injury-wise, as it is.  And then there’s that pesky little problem of holding on to the ball.  It sure would have been nice to have another option in backfield, even if said option spent the past four years staring at Matt Lauer’s ever expanding forehead.