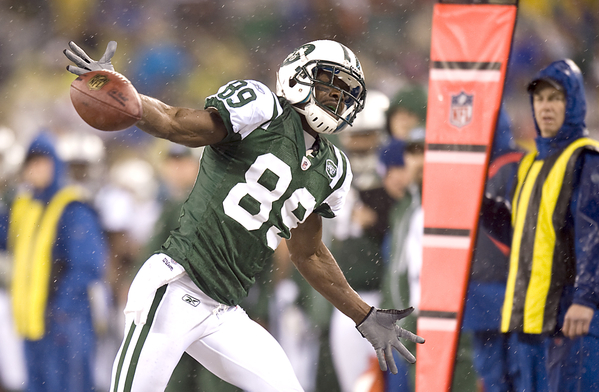 The[intlink id=”23″ type=”category”] Pittsburgh Steelers[/intlink] finally addressed one of their depth concerns by adding veteran wide receiver[intlink id=”81″ type=”category”] Jerricho Cotchery[/intlink].  Not only does this signing add some much needed insurance to the receiving core, it gives me a chance to make up a brand new catchy nickname.  Being a big time wrasslin’ fan, I could go for the obvious Y2J reference.  But until he proves otherwise, I think I’ll stick with paying tribute to his nimble feet and blazing speed by calling him the Cotch Rocket.

Although after learning he has six fingers on his left hand, I’m tempted to go with Inigo. 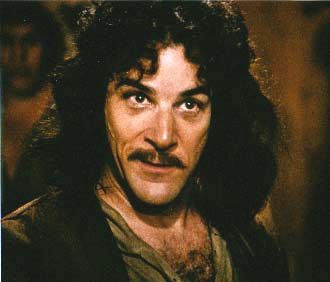 A fourth round pick back in 2004, Cotchery has spent his entire seven year career with the New York Jets.  An afterthought his first two years in the league, he was elevated to the starting line up in 2006 and responded with 82 catches for 961 yards and 6 TDs.  The next season, he broke the 1,000 yard plateau for the first and only time.  He had two more productive seasons as a starter before being pushed into a slot role with the arrival of Santonio Holmes and Braylon Edwards.  His numbers dropped drastically last season as he battled injury (although he did lead team in catches during the playoffs) and underwent back surgery this past off-season.  The Jets evidently didn’t like what they saw in camp, bringing in former Raven Derrick Mason as veteran insurance and releasing Cotchery.

J-Co met with the Giants and Ravens before deciding to sign with the Steelers.  His playing style could best be described as a poor man’s [intlink id=”34″ type=”category”]Hines Ward[/intlink].  At six foot and 200 pounds, he’s a physical presence who isn’t afraid to play in traffic and specializes in running after the catch.  With [intlink id=”81″ type=”category”]Emmanuel Sanders[/intlink] hobbled, Inigo will probably battle Antonio Brown for temporary possession of the slot job.  He also has experience fielding kicks so you may seem him on special teams in a role similar to the one Captain Faircatch (Antwaan Randle-El) held last year.