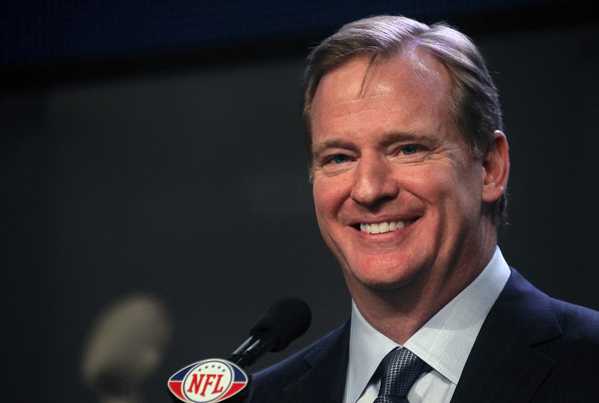 If you want some vomit-inducing early morning reading, I suggest you check out these articles about Kenny Britt and fellow perp Aqib Talib.  Talib faces FELONY charges for shooting at his sister’s boyfriend and then hitting him with the handgun.  That boyfriend better count himself lucky Talib doesn’t believe in shotgun marriage.  Meanwhile, Britt scored a Hat Trick of arrests over the off-season.  This on top of four previous trips to the clink.

No, no punishment for the guy who’s been arrested seven times or the dude who tried to bust a cap in someone’s ass.  But by all means, suspend [intlink id=”106″ type=”category”]Terrelle Pryor[/intlink] for five weeks because he traded autographs for tattoos as a collegiate.  That makes perfect sense.  If you’re a Ginger.

The willy nilly application of what I’ll laughably refer to as NFL justice absolutely drives me crazy.  Talib and Britt have been arrested, booked, and are pending trial.  Ben Roethlisberger was never charged, never arrested, yet suspended four weeks.  Terrelle Pryor is suspended for offenses prior to his NFL career, although Reggie Bush and Pete Carroll, who have been convicted of similar shenanigans by the NCAA, escape without punishment.  Are there any actual rules in this sport or are suspensions handed out based on how the Ginger Dictator feels after his morning coffee?

I guess I shouldn’t be complaining.  [intlink id=”34″ type=”category”]Hines Ward[/intlink] and [intlink id=”52″ type=”category”]James Harrison[/intlink] also ran afoul of the NFL during the lockout and may have faced consequences had this been a normal off-season.  Silverback verbally ripped Goodell a new asshole in a Men’s Journal interview which belongs right next to The Catcher In The Rye and The Girl With The Dragon Tattoo on any list of greatest things ever published.  Still, sticks and stone and yadda yadda.  Hines was actually busted for a DUI, news which I’m sure sent Ginger into an orgasmic state knowing he could punish another [intlink id=”68″ type=”category”]Pittsburgh Steeler[/intlink].  Never mind that Braylon Edwards got nabbed for a DUI last season and didn’t get so much as a finger wagged in his face, we all know there are two sets of rules.  One set for the Steelers, another for the rest of the league.