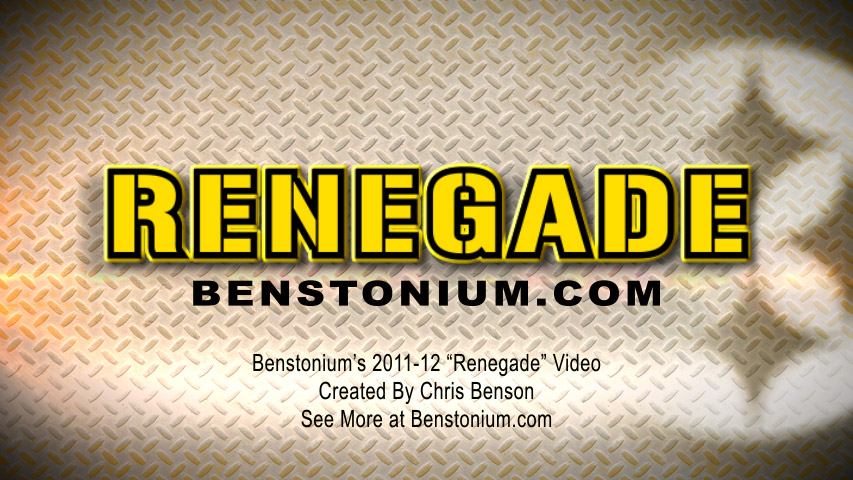 Ah, the beauty of the NFL. For all the criticism I level at the game, there’s nothing like the mad playoff scramble which occurs each and every season. As we approach the final week of the 2011 season, the AFC Playoff scenarios have been repeated ad nauseam. The Cincinnati Bengals host the Baltimore Ravens with a playoff spot on the line. If Cincy wins, they’re in.

Then the fun starts. An first round bye? Check. The top seed in the AFC if the Patriots, who will probably pull Tom Terrific rather quickly since he’s nursing a separated non-throwing shoulder, lose to the Bills?  Check.

Of course, the party ends rather quickly if the Pittsburgh Steelers don’t first take care of their business against the Cleveland Browns. The Browns stink. Nothing really more needs be said. But, as Hennessy astutely pointed out yesterday, they seemingly live to be a thorn in the Steelers’ side. Against 30 other teams, they are who we thought they are. Against the Black and Gold, they’re the second coming of the ’86 Bears.

So it’s understandable Mike Tomlin wants all hands on deck this Sunday. Giving credit where credit is due, the Browns don’t lie down for anybody. Unlike the gutless Colts, who decided to wait until week 15 to actually show up, or the hapless St. Louis Rams, who packed it in after missing a chip shot field goal last week, the Browns have been playing hard every week. That doesn’t mean they’re any better than those two teams, it just means you can’t score a touchdown on your opening drive and then assume they’ll wave a white flag.

The irony of all ironies is when you break down the Suck For Luck sweepstakes, the Browns are the team most in need of a franchise quarterback. Indy is going to ride Pey-Pey until his arm falls off. The Rams took Sam Bradford first overall two years back. The Vikings took Christian Ponder in the first round last season. Cleveland is stuck with third rounder Colt McCoy, who doesn’t appear to be the future starter they envisioned him being after a few good games last season.

McCoy won’t start on Sunday, still suffering the after affects of the Browns inept medical staff allowing him to go right back on the field after sustaining a concussion. Not to beat this horse to death but James Harrison got suspended for a bang-bang football play while the Browns faced no penalties for what I consider a borderline criminal act. Anyway, Seneca Wallace will start in his place. Wallace made one really nice play against the Steelers in our first meeting and played decently (19/33 for 147 yards 1/1) against the Ratbirds last week. He’s no worse than McCoy and may even be a little better.

The Steeler D will be at full strength with the exception of LaMarr Woodley. Mister Woodley hasn’t practiced at all this week and considering every time he comes back, he ends up hobbling right back to the bench, the Steelers would be insane to play him this week. Hamstring injuries simply do not go away without rest. If we get the bye, that’s another just another week to heal up. If we don’t, well, it’s infinitely more important to have him out there for that game.

Ben Roethlisberger will start. He practiced normally this week and Big Ben doesn’t bother practicing if he ain’t gonna play. After much debate, I’ve finally decided I’m good with this decision. Granted, Charlie Batch showed last week he’s perfectly capable of piloting us to victory but even if we had absolutely no chance at a first round bye, the Steelers would probably want Ben to play a quarter or so to get him ready for the post-season. The Four Letter is reporting the plan is to get Ben 25-30 snaps (about a half) which falls in line with that thinking.

Of course, we all know what they say about best laid plans. Still, I believe as long as the Steelers keep an eye on the scoreboard and use Rashard Mendenhall to exploit Cleveland’s 30th ranked run defense, the reward outweighs the risk. Now, if Tomlin has a brainfart like he had in San Francisco and is too incompetent to remove Ben when the time comes, perhaps I’ll rethink my stance. Regardless, once Cincy builds a big lead (or falls hopelessly behind, these are the Bungles we’re talking about), we can yank Ben in favor of Charlie Batch. With a start behind him last week, Chaz should still be pretty sharp so we don’t have to worry about a repeat of his horrid performance in relief a few weeks ago.

Mendy is coming off his best game in almost two seasons and Maurkice Pouncey is returning to the line-up so in theory we should be able to duplicate last week’s offense. I don’t expect Pouncer to be 100% since I have a feeling he’s rushing back due to Doug Legursky being out indefinitely. With all due respect to the heroic effort of Trai Essex, I have to think 75% of Pouncey is still better than 100% of anybody else. Run the ball 30-35 times, limit Ben to short safe throws, and most importantly keep the quarterback clean.

If, and this is a big if, the Steelers manage to get out to a sizable lead, it would be great to see Hines Ward finally pass the 1,000 career catch milestone. He’s five catches short and it would only be fitting for him to achieve that honor while wearing the Black and Gold. Hines has no intention of retiring and the Steelers have little interest in paying a number four receiver $5 million so it is highly probable we’ll be treated to the bizarre sight of #86 wearing unfamiliar colors in 2012 (my money’s on the Arizona Cardinals). Before the inevitable comes to pass, let’s hope the greatest receiver in Steeler history gives us one more moment to remember.

Of course, we already know Hines’ Pittsburgh career isn’t going to end on Sunday. He and his teammates have wrapped up a playoff spot and will be defending their AFC Championship in the playoffs. But exactly how far they go in the post-season will be determined by how things shake out on Sunday. Unfortunately, most of their fate is in others’ hands. All they can do is what they’ve done all season; take care of business by beating the teams they should beat.