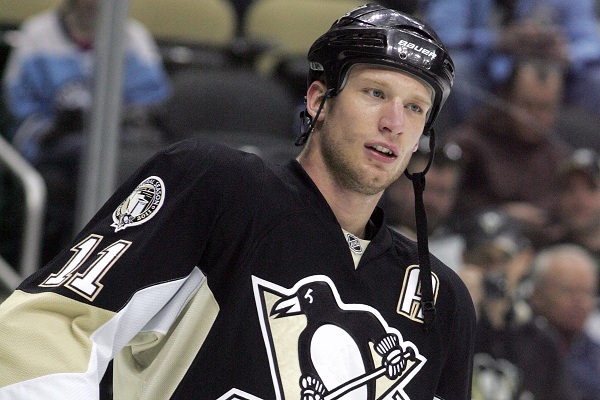 Friday was a crazy day for Pittsburgh sports fans. While the Pittsburgh Pirates continued their improbable run at first place in the NL Central by defeating the Detroit Tigers, the Penguins were hosting the 2012 NHL Draft over at Consol Energy Center. Naturally, the Pens dropped the biggest bomb of the evening by trading budding superstar Jordan Staal to the Carolina Hurricanes for a solid if unspectacular young center and a couple of prospects. The loss of beloved player like Staal was met with much sadness as I haven’t seen teenage girls this upset since pictures of Justin Bieber kissing Selena Gomez hit the internet.

The men in the audience greeted the news with a sense of resignation as the Penguins really had no choice in the matter. Staal is entering the final year of his contract and just 24 hours earlier had rejected a ten year offer from the team that would have paid him a couple million per year less than he could get on the open market in exchange for a long-term commitment. It was the best the Penguins could do in a league where teams with an abundance of star power are hamstrung by the NHL’s salary cap. Having rejected Pittsburgh’s best offer, the Pens were faced with the prospect of Staal departing via free agency with nothing in return so they chose the lesser of two evils.

Any of this sound familiar?

The situation the Pens found themselves in with Staal is very similar to the one the Pittsburgh Steelers are currently facing with disgruntled wide receiver Mike Wallace. Both teams play for leagues where a salary cap  forces them to prioritize how they spend their money. And both teams are blessed with an abundance of talent which may sound like the sports version of #WhitePeopleProblems (follow me on Twitter!) but is indeed an issue because you can’t pay everybody. The net result is both teams are faced with making very difficult decisions when it comes to handing out contracts.

Admittedly this isn’t a perfect analogy. There are some key differences between the NHL and NFL, not the least of which is the players. Staal would’ve showed up on Day 1 on training camp and played every shift as hard as he played when he was a wet behind the ears rookie until the Pens’ season ended. He wouldn’t of held out or spent the year bitching and moaning about his contract like NFL players are known to do. Hockey players honor their contracts which can’t be said of guys like Mike Wallace, who continues to hold out, most recently missing last week’s mandatory mini-camp. Even Steelers President Art Rooney II is growing a bit frustrated with Wallace’s stubborn refusal to acknowledge the reality of his situation.

On the flip side, if the NHL operated under NFL rules, perhaps Staal would still be a Penguin. There is one key difference between leagues and it’s a pretty big one. Wallace, like Staal, will be an unrestricted free agent next year. Unlike Staal, however, Wallace can be Franchised tagged by the Steelers, basically tying him to his current team for an additional season. Now the Steelers tagging their young speedster would create a massive cap hit (about $9 million) which is the hold-up in signing a new contract in the first place – well, that and Wallace’s ridiculous notion that he’s worth LarryFitz money – but it does provide a bit of a safety net that the Penguins simply didn’t have.

Differences aside, I still can’t help but look at the Penguins proactive response to dealing with one of their stars’ impending free agency and wonder if the Steelers haven’t bungled a similar situation. They theoretically could still deal Wallace if he continues to be a monumental pain the ass but the time to get anything close to fair value in return has passed. At this point, it seems the Steelers are stuck with either reaching a deal or riding out a tumultuous season with a disgruntled Wallace providing a constant distraction. Conventional wisdom is you never truly win when you trade away a star player but I think the Penguins did their best to mitigate the damage. Have the Steelers?