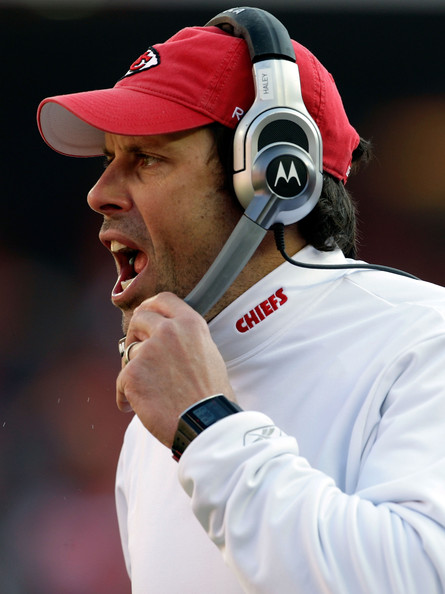 The phrase of the day is “trap game.” If I had a dollar for every time I heard that spoken on sports talk radio the past few days, I could probably afford season tickets to Heinz Field.

I’m not really sure Monday night’s game between the Pittsburgh Steelers and Kansas City Chiefs qualifies as a trap game. Granted, it does come on the eve of the Black and Gold’s first meeting with the hated Baltimore Ravens. And it does come on the heels of the team surging to a three game winning streak, topped by an impressive victory over the defending Super Bowl champions. Actually, maybe this is a trap game…

After losses to two of the most abysmal teams in the NFL, I’m sure the Steelers know better. There’s no way to justify losing to crap teams like the Titans and Raiders but there were mitigating circumstances. For whatever reason, the trip out to Oakland always messes up the Steelers while the Tennessee game came on a short week (Thursday) which has also proven to trip up the Black and Gold (see the Browns game a few years back).

Also, trap games usually occur when you’re playing a scrappy opponent. The Chiefs are circling the drain right now. They’re shuffling quarterbacks in and out. Romeo Crennel, who replaced Todd Haley as head coach last season, just recused himself as defensive coordinator. The team is in utter disarray. If anybody is motivated this week, it’s Boss Todd, who surely wants to make KC pay for making his life a living hell.

For whatever inexplicable reason, the Chiefs think they have something in Brady Quinn. Perhaps it has something do with Crennel being the same coach who made the mistake of drafting him in the first round when he was the head coach of the Browns. Whatever the logic, KC has all but given up on the Matt Cassel experiment. With the frail and effeminate Quinn nursing a concussion, Monday night may very well be Cassel’s final shot as a starter.

When Patriots GM Scott Pioli moved over to KC in 2009, he brought Cassel with him to be his QB. Cassel was coming off the season where he led the Patriots to 11 wins after Tom Brady was lost for the year. He got off to a rocky start, throwing 16 TDs and 16 INTs but rebounded in 2010 to toss 27 TDs against only 7 INTs. It’s been all downhill since then. Injuries marred his 2011 campaign and Haley’s insistence on starting former Pitt Panther Tyler Palko in place of Kyle Orton after Cassel was placed on season ending IR eventually led to his ouster.

Cassel has struggled this season, leading one of the league’s most anemic offenses (29th in points scored) and throwing a ton (11) of picks in the process. Chiefs fans had gotten so fed up that they cheered when Cassel was knocked out of a game a few weeks back, drawing scorn from one of their own players. I would’ve said something about it at the time but Pittsburgh is the city that cheered when Terry Bradshaw got knocked out so we don’t really have room to talk.

The bottom line is Cassel has struggled mightily this season. On paper, the Chiefs have the weapons to be a decent offense. WR Dwayne Bowe is a big time playmaker. Former Pitt standout Jon Baldwin is lazy but talented. And the Chiefs have one of the most dangerous weapons in the league in RB Jamaal Charles. Charles is among the league’s rushing leaders and is also a force out of the backfield.

If the Steelers can keep Charles under wraps, they should have a pretty evening. Early in the year, the D was getting gashed on the reg. They’ve tightened that up as of late so let’s hope the pattern continue. The secondary was also victimized by big plays but Ike Taylor has shaken off his early season malaise and returned to the shut down Ike of old. As long as they don’t Charles move the sticks on the ground or Bowe get loose for a big hitter in the secondary, I don’t see Cassel being able to make enough plays to hang in.

Ben Roethlisberger has already told reporters that Boss Todd is almost salivating at the opportunity to put the screws to his former team. Some NFL coaches play by a set of unwritten rules which dictate respect for the game and their opponent. Then there are the assholes like Todd Haley. I’m sure Mike Tomlin would rein Haley in if he looked to run up the score but then again Tomlin has no control over his players, why should he try to control his coaches?

The Chiefs have a couple decent linebackers in Tambla Hall and Justin Houston. They inexplicably cut a pretty good corner in Standford Routt so a secondary that was a nominal strength may not be any longer. They’re in the bottom third of the league against the run although they have forced a surprising number of turnovers (6 INTs and 12 fumbles).

If Big Ben and the offense can avoid shooting themselves in the foot, they should have a pretty good game. The revolving door at RB continues as Jonathan Dwyer returns with Rashard Mendenhall said to be another week away from reclaiming his starting job. Isaac Redman will start but unlike last week will probably have to share some carries with the Minibus.

Antonio Brown is probably going to sit out after suffering a dreaded high ankle sprain last Sunday. High ankles only heal with rest so I suspect we may not see him for a couple weeks. Luckily the Steelers are extremely deep at WR with Jerricho Cotchery, who could probably start for most teams, ready to slide in the slot. Manny Sanders, who’s quietly putting together a nice season, will start. For those who remember back, Sanders actually played a ton as a rookie while AB didn’t come on until the playoffs. Sanders has been set back by injuries but now is his time to shine in front of a national audience.

In fact, it’s time for the entire team to introduce themselves to the nation. After getting off to a slow start this season, the Steelers have quietly crept back into the playoff conversation. If the season were to end tomorrow, they would be one of the AFC’s two Wild Cards. For the Black and Gold to firmly establish themselves as Super Bowl contenders, they need to string together wins. A victory on Monday night and a four game win streak going into a showdown with Baltimore would be a nice place to start.