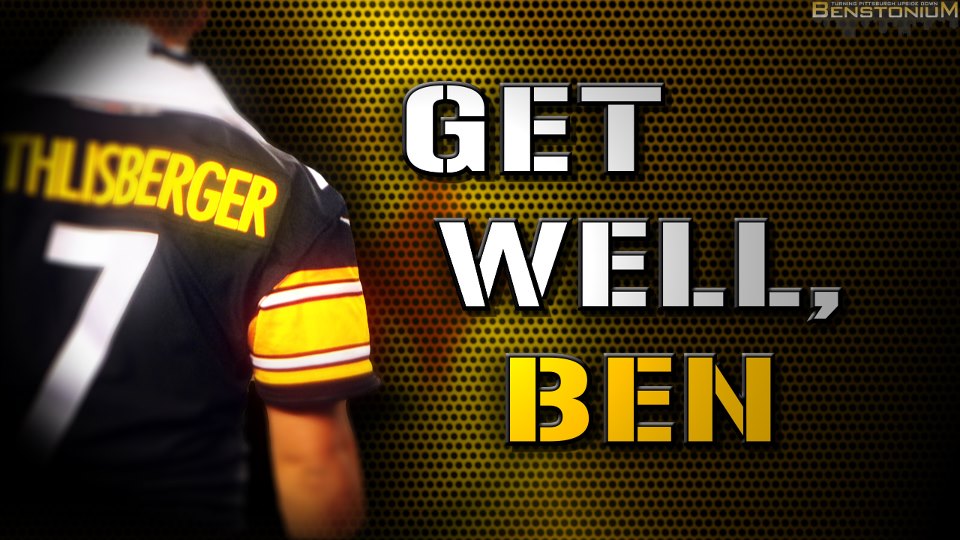 Pittsburgh Steelers quarterback Ben Roethlisberger is hurt. He’s hurt bad. And he’s hurt one week before the Black and Gold face the most crucial part of their schedule. Football sucks.

Mike Tomlin was his usual evasive self during yesterday afternoon’s press conference. He did drop a great line which is sure to join his catalog of oft-repeated Tomlinisms: “We just focus on the healthy guys. We’re not looking to make excuses. Excuses are the tools of the incompetent.”

Beyond that, Tomlin didn’t offer much more than we knew last night. Ben suffered a a sprained sternoclavicular (SC) joint, which is a fancy way of saying he hurt his shoulder. Although make no mistake, a SC injury is a lot more complicated than a simple shoulder injury. Last night, Ben’s agent would only describe the diagnoses as “unusual” and a SC sprain would fall under that category.

What makes an SC sprain unusual is it can be extremely dangerous, depending on the severity of separation. Rams receiver Danny Amendola had a SC sprain earlier this season and the separation was such that doctors later said his condition could have potentially been life threatening. How? Put your hand on your breast bone and trace up and towards the right (or left) toward your neck until you feel your collar bone. Now imagine of that becomes separated and starts poking back in towards throat. If the separation is severe enough, the bone could actually puncture your wind pipe or even your aorta (artery in your neck).

Of course, we still haven’t heard exactly how serious Ben’s injury was. Tomlin is calling him “questionable” but we all know Tomlin would rather climb a mountain to tell a lie than sit in a chair and tell the truth. There are several different degrees of separation, the simplest heals in 7-10 days while the worst would knock him out for the rest of the season. As if this potentially life-threatening SC deal wasn’t bad enough, Ben also bruised his ribs when he fell so even if the shoulder sprain is the mildest form he may still need a few weeks off to heal up.

The bottom line is I don’t see Ben starting Sunday night against the Ravens. I also don’t see him starting the week after against the Browns because even if he’s cleared, I can see the Steelers thinking/hoping they can get by the Browns with Byron Leftwich while Ben rests up. That’s best case scenario, though. Amendola had a pretty significant SC sprain and ended up missing a month of action. Then again, Bret Favre also had an SC sprain and only missed one week. So really at this point there’s a pretty wide range of possible outcomes.

Let’s hope for the best.