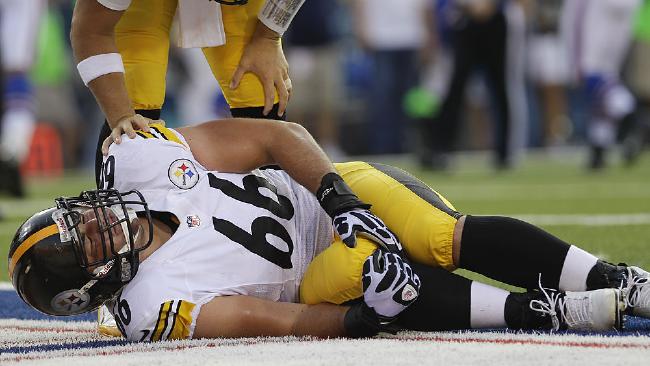 Perhaps the most shocking information to emerge in the wake of Sunday’s debacle against Cleveland is the fact that if the season were to end today, the Pittsburgh Steelers would still be in the playoffs. Despite losing two straight games in ugly fashion and being hampered by injuries and miscues, the Steelers are still holding on to the AFC’s second Wild Card spot. Of course, that’s only because they beat the Bengals in their lone match-up this season so if Cincy were to even the score a few weeks from now, the Bungles would leapfrog us by virtue of a superior conference record. While it’s hard to quibble with a playoff berth, I think our current ranking speaks more to the relative mediocrity of the AFC than the strength of the conference.

Later this afternoon, Mike Tomlin will conduct his weekly misinformation session where he answers a bunch of questions with empty platitudes while saying nothing of substance. An ESPN report saying Ben Roethlisberger may return this Sunday in time for a huge showdown with Baltimore Ravens will surely be addressed. I have a feeling we’re not going to like the answer but I’ll wait until tomorrow to address that.

While the sinking Steelers prepare for a head-on collision with the Iceberg Baltimore, they’ve already started re-arranging some of the deck chairs. First round pick RG David DeCastro has been activated off the injured reserve as it appears he’ll be making his first NFL start on Sunday. The offensive line wasn’t good against the Browns with Doug Legursky playing absolutely retched in place of Willie Colon. I never much liked Colon but the move to LG has been nothing short of a career changer as he’s an absolute beast at run blocking. His absence was a big factor in our pitiful run game in Cleveland.

If Colon is healthy, DeCastro will start at RG (where he was expected to play all season) while current RG Ramon Foster can slide over to tackle if RT Mike Adams can’t play due to the high ankle sprain which knocked him out of Sunday’s game. If Colon can’t play, I expect Foster to move to LG while DeCastro stays slotted on the right side. However, if Adams is hurt, I think they’d rather play Legursky at LG and go ahead with moving Foster to RT instead of playing rookie Kelvin Beachum. We know Marcus Gilbert won’t be in the mix because he’s been placed on IR, ending his season. To think, the Steelers braintrust actually went into this year thinking that scrub would be the team’s starting left tackle.

Perhaps learning from past mistakes, the Steelers will actually carry eight o-lineman this weekend instead of the usual seven. The team optioned WR David Gilreath back to the practice squad so they could activate T John Malecki. This is also a good sign for Antonio Brown. Unless they plan on using Chris Rainey or Heath Miller as a wide out, the Steelers need at least four active WRs which they wouldn’t have if AB were expected to miss another game with the bum ankle. Ditching Gilreath reunites the Young Money trio with Plaxico Burress assuming the veteran fourth receiver role previously held by the Jerricho Cotchery.