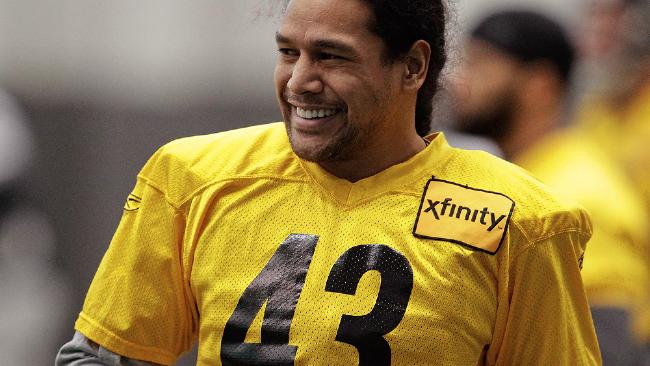 Every team loses guys during the long arduous war we call an NFL season. The Pittsburgh Steelers have been hit harder than most. Since week one, they’ve had multiple Pro Bowlers sitting on the sideline pretty much every Sunday. Not trying to make excuses, just saying it is what it is.

The status of quarterback Ben Roethlisberger for this weekend’s pivotal showdown with the Baltimore Ravens remains hazy. If you’ve tuned into ESPN any time over the past 24 hours, you probably caught their footage of Big Ben gingerly testing out his throwing arm. What that footage doesn’t explain is that all his work was completed before practice formally began. What they captured was likely nothing more than team trainers attempting to assess his progress. Charlie Batch took all the snaps during practice and barring some crazy last minute switcheroo will start on Sunday.

For the first time in ages, the Steelers got some good news on the injury front. Troy Polamalu participated in a full practice yesterday, the first time he’s done so since being sidelined with a calf injury. Troy did some light run-throughs last week so there were whispers his return was imminent. I don’t think anybody expected him to suddenly go full speed through a formal practice just a week later but that’s the reports coming out of Steelers camp. Barring any set backs,  it looks like Troy will be back in the starting line-up.

Assuming this comeback doesn’t end after a handful of snaps like the last one, I’m not sure how much of a difference he’ll make. The Steelers D has played above and beyond the call of duty since Ben’s injury and they’ve still lost thanks to an absolutely pathetic offense. The only thing they haven’t done is force turnovers which is something Troy’s presence certainly helps with. I’m not sure even another INT or two would’ve helped with the 8 turnover fiasco in Cleveland but the first Baltimore game could’ve easily turned with a pick six or even a fumble recovery setting up a short field.

At this point, though, there’s not much point to analyzing who fits in where when healthy. With the amount of talent that has missed time this season, I’m happy to get anybody back.