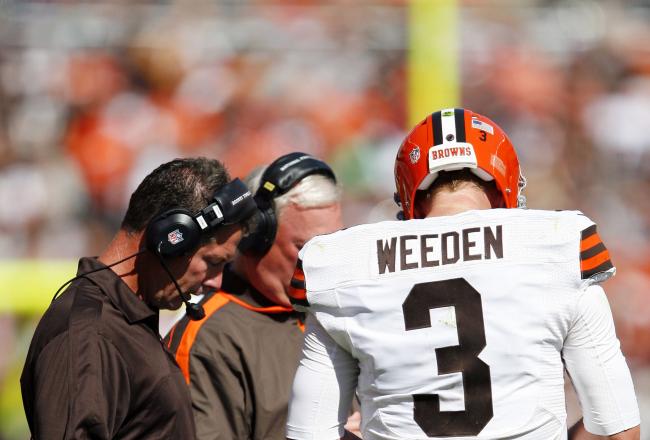 Blame Roger Goodell. The Ginger Dictator, in his ongoing quest to go down in history as the worst commissioner of any sport ever, floated the idea of expanding the NFL playoffs from 14 to 16 teams yesterday. Just what football fans need, more .500 teams in the playoffs! Of course, everybody knows the real reason he proposed this ludicrous idea is to deflect attention away from how badly he botched the Saints bounty case.

Hey, always remember the Pittsburgh Steelers were the only team to vote against the new CBA.

Ginger couldn’t have picked a worse year to bring up expanding the playoffs. If there were several 10 and 11 win teams in danger of missing the post-season, I could see a ground-swelling of support for the idea. But this year?  With three weeks left in the season, three of four divisions in the AFC have already been clinched.

The only team who hasn’t clinched?  Why, the Baltimore Ravens of course! Despite leading our divison, the Ratbirds are so worried about their prospects for a successful post-season that this past week they took the highly unusual step of firing their offensive coordinator. As I’ve said a million times and will keep repeating, Baltimore has this almost pathological need to blame their mediocre offense on everything except the real reason why it’s mediocre: quarterback Joe Flacco.

The firing of ex-OC Cam Cameron evidently was owed to the fact the team’s best player, Ray Rice, had zero touches in the 4th quarter of the Charlie Batch Game. Well, it’s easy to scapegoat Cameron since he’s been a failure everywhere he’s been but in this case that’s hardly his fault. If you watched the game, it was clear that Dick LeBeau was keying on Rice. Sure, great players routinely beat schemes and Rice did break free for a 30 yard TD earlier in the game but no sane team puts all their chips on one player. LeBeau was scheming to stop Rice and control everything short while daring Flacco to beat him deep. Flacco can’t pilot an offense which requires him to routinely throw more than 10 yards down the field. End of story.

With the Ravens stumbling towards the finishing line, it makes the Steelers pathetic showings against the dregs of the NFL all the more painful. We lost to two teams that will be drafting in the top 10 next year (Titans, Raiders) and another just outside it (Chargers). Win one of those games and we’re in the hunt for the division. Win two and we’re probably leading and controlling our own destiny.

You’ll notice I didn’t mention one other Steelers loss, that being to the Cleveland Browns. Sit down, you may need steady yourself when you hear this. All season I’ve been beating the Brandon Weedon drum, saying how he’s been shockingly competent and would get more notice as a fine first round QB draft pick (despite everybody, myself included, mocking the Browns for taking him so high on draft day) if he played anywhere but Cleveland. Well, lo and behold, now the Browns, THE BROWNS, have crept into the playoff picture.

I don’t think anybody is ready for a world were the Cleveland Browns leapfrog both the Steelers and Bengals to become a playoff team. Unless the Mayans were right…