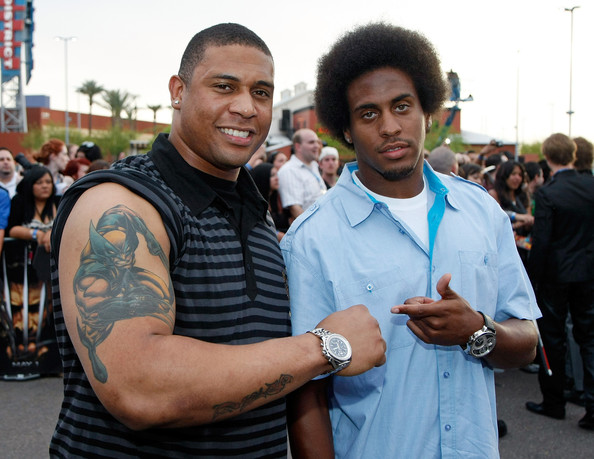 Then again, I guess the off-season hasn’t truly started until Ryan Clark shoots his big mouth off about something. I’d really like to know how and when that assclown became the official spokesman for the Steelers’ players. Granted football players tend to have IQs somewhere north of a turnip and, as we saw during the lockout, aren’t really that particular about picking their leaders. Still, one would think there is at least one level-headed guy in that locker room who can step forward and talk to the media without being a divisive influence.

Let’s rewind back to Sunday. Ron Cook wrote a piece for the Post-Gazette that was highly critical of linebacker LaMarr Woodley. Cook used a bunch of words to point out what all of us fans already knew; since signing his big money contract extension in 2011, Woodley’s level of play has fallen off the map. What got people’s attention was a quote about Woodley attributed to an anonymous teammate. “He tells us he works out, but we didn’t see it. He wasn’t in shape. That has to be a reason why he was always hurt.”

Clark, who never met a microphone he wouldn’t talk into, immediately decried the comments as “cowardly.” Again, that’s not really shocking as pro athletes love to invoke this code of silence gimmick like they’re a team of Navy SEALS charged with conducting a raid on an al-Qaeda compound. I have no desire to see the Steelers turn into a back-stabbing circus like the Eagles or Cowboys but the feigned outrage whenever somebody criticizes a member of their own locker room is total bullshit.

The ironic part of Clark’s comments were after decrying a player for criticizing the brotherhood, he proceeded to criticize the brotherhood. Even more shockingly, what Clark said was actually pretty smart.

Clark went on to tell NFL.com that the Steelers clearly have a “a fracture” within their ranks. “That shows that this team that is normally close, you had the Joey Porters, the Alan Fanecas, just down the line, leader after leader, this team was close-knit. It shows there is a fracture in that. I think that is the most disappointing thing about that coming out.” said Clark. So by fracture he meant leadership void. We worried this might happened as the old guard retired and handed the team off to the young guys. Now for the first time there is concrete proof that something is amiss with the Black and Gold.

Hines Ward retired and the wide receiver corps became a group of me-first chest-thumping underachieving idiots. James Farrior retired and LaMarr Woodley went from one half of the best linebacking duo in Steelers history to overpaid and injury prone. Local radio host Stan Savran mentioned on his show this morning that he heard from team sources that Woodley got up to nearly 290 pounds last year. Some of that may be due to not being able to do cardio after suffering his hamstring injury. But as the anonymous Steelers points out, he’s constantly coming down with strains and pulls which are telltale signs of a guy being out of shape.

Going into the final week of the season, rumor had it that James Harrison was playing his final game in Pittsburgh. When the Steelers gave Woodley the contract extension, I’m sure they envisioned him being the guy the defense reloaded around as Deebo faded off into the sunset. In reality, Harrison has been the more effective player by far the past couple seasons. Despite the team being in the salary cap danger zone, I don’t see how the Steelers get rid of Harrison and not worry that a defense already struggling to generate turnovers and sacks gets even worse.