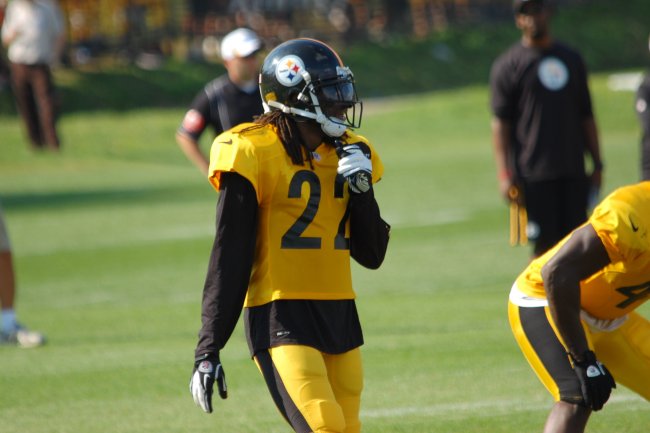 A couple days ago, I mentioned the alarming number of injuries which have already befallen the team’s cornerbacks. The most distressing of which was the “knee discomfort” (Mike Tomlin‘s words, not mine) that had sidelined presumptive starter Cortez Allen. Turns out the “discomfort” was a lot more serious than the kind you treat with a hot tub and some Ben Gay. Allen underwent “minor knee surgery” (again, Tomlin’s words) yesterday and is expected to miss the next couple weeks at the very least.

Hmmm…  Where have I heard this story before?

In that very same post a couple days ago, I went on to note how serial liar Tomlin assured everybody last year that James Harrison‘s sore knee was no big deal and that he’d be back shortly after undergoing a similarly “minor” operation. Harrison returned alright, after sitting out the first month of the season. When it comes to Tomlin, always remember two things: his injury updates are always one part truth, two parts wishful thinking and if his lips are moving, he’s probably lying.

When Keenan Lewis signed with the New Orleans Saints over the spring, most fans barely noticed. At the time I noted while it would’ve been nice to keep him since he’s proven to be a solid young corner, Allen had shown more than enough to warrant moving into the starting line-up. Hindsight being 20/20, a team can never have enough corners in today’s pass-happy NFL. It sure would’ve been nice for the Steelers to have quality depth at that position.

Unfortunately, the team was in Salary Cap Hell thanks to handing out outrageous contracts to overrated and over-the-hill players so they had little chance of retaining Lewis. Instead, they brought William Gay back from Pittsburgh West exile to play the nickel. With Allen out of commission for who knows how long, the Steelers have little choice but return Gay to the starting line-up. He did a decent job for us back in 2011 but last season was a struggle, leading to the Cardinals to release him only one year into his two year deal.

Curtis Brown will move up to Gay’s spot in the nickel. You may remember Brown from his brief foray as the team’s #3 corner last season. He got burned so badly by the San Diego Chargers, the scorch marks are probably still on his back. Things got so bad, the Steelers were forced to insert fresh-off-the-Practice Squad Josh Victorian into the game when the horror show reached Hostel-like levels. Hopefully, Brown can put that experience behind him and rise to the occasion this time.

If not, well, Victorian is still around.