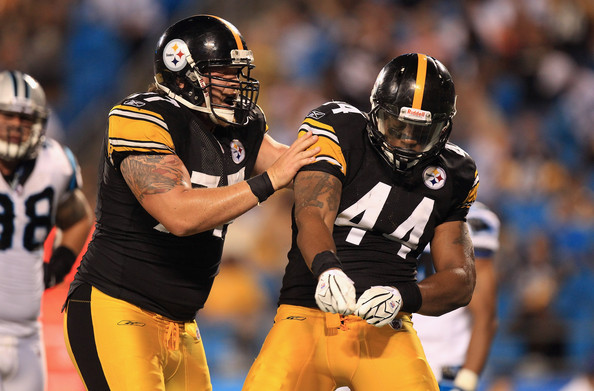 The Pittsburgh Steelers final 53 man roster was full of surprises. Jonathan Dwyer getting cut was obviously the biggest one although the fact they kept two of the worst backup offensive lineman I’ve ever seen was another. I mentioned in that post that Steelers GM Kevin Colbert was probably scouring the waive wire looking for any veteran who could be an upgrade over the guys they were forced to keep. Granted, a nice orange traffic cone would be an improvement over the current second stringers.

Lets hope Cody Wallace is better than a traffic cone.

The Steelers claimed the guard/center swingman off waivers from the Tampa Bay Buccaneers. Wallace has been in the league since being drafted by the Niners in the fourth round back in 2008. He’s bounced around the league, spending time on four different practice squads. He settled in with the Bucs last season, appearing in eight games although starting none. I obviously haven’t seen him play but I can’t imagine him playing worse than Malecki, who had an absolutely dreadful preseason.

Forget about being another Doug Legursky, at this point I’ll be happy if Wallace can play as well as another ex-Buc who was rescued off the scrap heap by the Steelers, Sean Mahan. Yes, that is how low the standards are at this point. Beggars can’t be choosers.