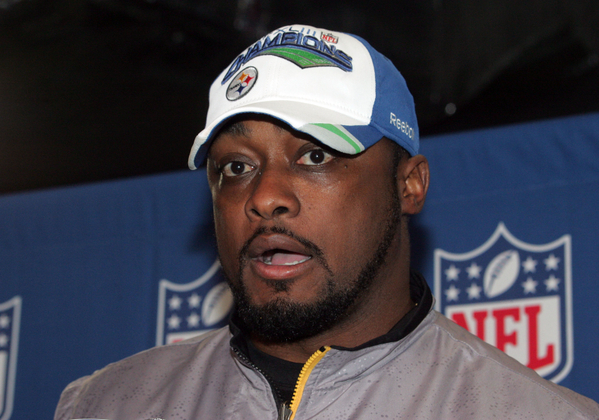 Yesterday was the first weekly lie-fest aka Mike Tomlin press conference. For those new to my blog, allow me to break it down for you. It’s the one day a week Tomlin must go before the local media and answer their questions with cliches, double-speak, and outright lies. The media then takes these asinine answers and reports on them as if they honestly believe the line of BS they’re being fed. Perhaps they do.

I, however, will attempt to break it down in an honest and forthright manner. Without further ado, let’s see what Coach T had to say about last Sunday’s debacle against Tennessee and the team’s outlook going forward:

The performance was  “not all bad” and the team was “an explosive play or two” from turning the game around.

What keen coaching acumen! Why I’m sure a brilliant football mind such as Bill Belichick never sat down and analyzed a loss so succinctly!

It wasn’t all bad. Sure the offensive line lost its best player, the team couldn’t run the ball worth a damn, they couldn’t protect Ben from taking a shellacking, the passing game was littered with drops and the entire offense could only manage one garbage time touchdown but it wasn’t ALL BAD…

If only they could’ve pulled off that “explosive play or two.” This could’ve easily been an excellent showing if they could’ve just uncorked one or two 65 yard touchdown bombs. That’s not too much to ask, is it? After all, it’s not like practically every game would end up drastically different if the losing side actually, you know, made some big plays.

I’m sure if the Steelers continue lacing up their shoes and taking the field week after week, they’ll pull off an “explosive play or two.” It’s bound to happen, right? Law of averages?

“We had opportunities. We had some plays downfield, we had balls tipped in the air [on defense] that fell harmlessly to the ground.”

Opportunities! They had opportunities! Sure there were plays to be made downfield – that’s because once the Titans realized the offensive line couldn’t protect Ben for more than two seconds, they decided there was no point in worrying about a deep ball he’d never have time to throw. What’s more, who was going to catch it? Manny Sanders? He dropped every other ball thrown his way.

What circumstance? The loss of Maurkice Pouncey? Or the circumstances that you’ve spent the past four years drafting linemen in the first and second round and almost all of them suck. Now whose fault is it that you’re in these “circumstances?”

Tomlin also said the Steelers were fortunate that no team signed running back Jonathan Dwyer when he was released in the final cut of training camp two weeks ago.

THEN WHY DID YOU CUT HIM?

“It’s a positive when you can add someone who knows your culture,”

Bwahahahahahaha… They brought him back because he’s familiar with what kind of music they like to play in the locker room? How about bringing guys in who, I dunno, can play?

Suisham is probably out for the season. You know how you know when Tomlin is lying? His lips are moving.