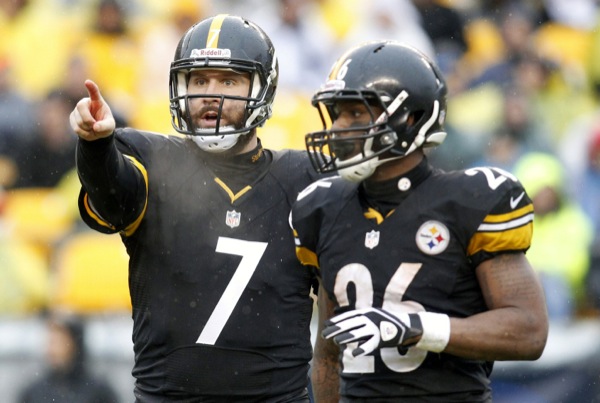 Ben Roethlisberger is coming off one of the most productive seasons of his career. Antonio Brown has proven himself one of the league’s elite receivers as well as a great playmaker on special teams.

With the Pittsburgh Steelers and Emmanuel Sanders looking at parting ways this off season, Big Ben is going to need a quality receiver to take his place. Jerricho Cotchery led the Steelers in touchdown receptions this past season with 10. In the process, he had one of the best seasons of his career and proved himself a viable option. He should remain one if the Steelers don’t let him leave via free agency.

With talks of Markus Wheaton being “the guy” to replace Sanders, one can question what he’s done so far to earn that spot. Wheaton had just six catches for 64 yards in 2013. Unless he has a breakout offseason I don’t seen him as being a long-term solution.

There have been talks of the Steelers looking to grab a wideout early in the 2014 draft, giving Big Ben another potential playmaker.

One of the biggest keys to the Steelers’ success in offensive production in 2013 was rooking running back Le’Veon Bell, who had eight rushing touchdowns and had 1,259 offensive yards (860 of which were rushing) in only 13 games.

He returned the run game to the offensive arsenal, something that has been lacking the past few seasons. Plus, Bell offers more than just the run game, showing he has pretty reliable hands. If Bell can stay healthy this season and put up better numbers it will definitely take pressure off Roethlisberger and allow him to do what he does best.

A big difference this upcoming season could be Hall of Famer Mike Munchak, who was the head coach of the Titans last season, as offensive line coach. With the return of Pouncey to a line that actually played pretty well last season despite the injuries, plus the new influence of coach Munchak, we are looking at a better line than we’ve seen in quite a few years.

All of these offensive factors are key to Big Ben being able to have another successful year and lead the Steelers to the playoffs once again.