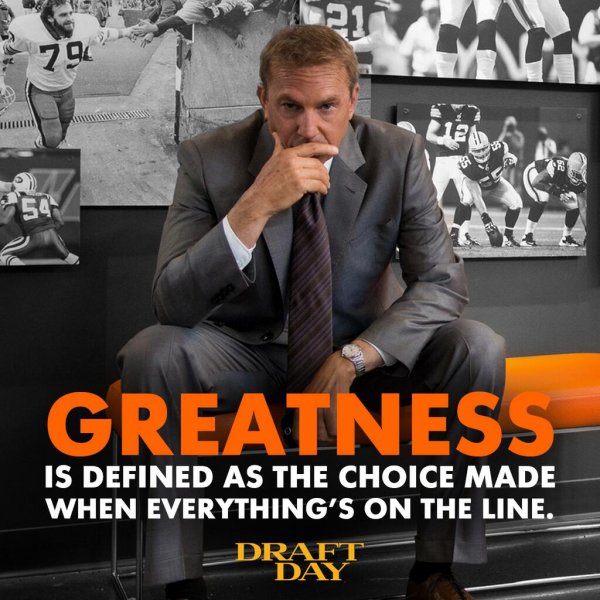 Looks like Kevin Colbert knew what he was doing after all…

In last year’s draft, the Pittsburgh Steelers sent their third round pick this year to the Cleveland Browns in order to move up to the top of the 4th round and take Shamarko Thomas. I guess we’ll have to wait and see what Kevin Costner does with our pick. In the meantime, while I like the Shamarknado, I was never thrilled about giving up a third rounder for a guy not likely to start for the foreseeable future. In today’s NFL, you stay under the salary cap is by constantly infusing the roster with young talent. And the picks you’re most likely to hit on come in the first three rounds.

Well, the Steelers got their third rounder back yesterday when the NFL awarded their compensation picks in the 2014 NFL Draft. Granted, it’s about 20 spots later than the one we traded away but when you view the Thomas deal as trading back a couple dozen places the price definitely looks a helluva lot cheaper.

Compensation picks are awarded for losing free agents. You don’t get them for players that are cut so we won’t be getting anything for say LaMarr Woodley next year. The way they’re doled out is pretty subjective. There’s no set formula as somebody in the league evidently looks at the player’s resume, what he contributed to his new team, how much he signed for, and what round he was originally drafted in and then come up with what they deem appropriate compensation. In years past, I recall Colbert being disappointed to find out they would be receiving only a couple 6th rounders or something when he expected more.

In this instance, he clearly guessed right.

The Steelers now have three additional picks in May’s draft. Their third rounder was the highest comp pick awarded this year, number 97 overall. What the NFL is saying with that is Mike Wallace was the most valuable free agent signed last winter. The Black and Gold also received a 5th rounder (173rd overall) for losing Keenan Lewis – who ironically was the 96th overall pick back in 2009. They also got a 6th rounder for Rashard Mendenhall, which is hilarious when you consider the 23rd overall pick turned into the 215th overall five years later. I haven’t seen value plummet like that since the last time I tried to play the stock market.