Who the Pittsburgh Steelers Should Target in the NFL Draft 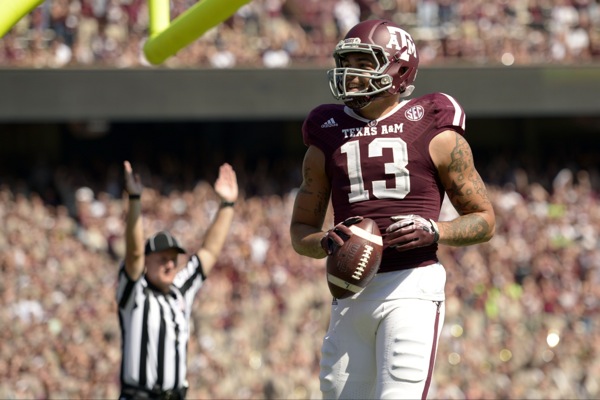 Due to some extremely surprising non-impactful drafts, the Pittsburgh Steelers are in desperate need of some immediate impact to change their fortunes.

Their is a dire need at several positions and depth is a screaming issue for the Steelers. I’ll pinpoint some players that should be available when the Steelers pick or should be within reach to obtain through a trade of picks.

With their first pick, No. 15 overall, the Steelers should be targeting a receiver. When I say receiver, it doesn’t necessarily have to be a wide receiver.

The selection that would absolutely hit the nail on the head is Texas A&M’s Mike Evans. He is a very young player, but is not the typical should-grow-into-his-frame type guy. Standing 6’5″ and weighing roughly 225 lbs., Evans, is a legitimate athlete with the ability to have a Megatron effect on an offense. He runs all the routes and high points the ball. He does an excellent job of being aware of the sideline and in my honest opinion is the number one reason why Johnny Football is being considered a top five talent. There were several times last season when he bailed his quarterback out and Ben Roethlisberger could benefit hugely from a receiver that he expects to win the jump ball (ask Andy Dalton).

The other target I like is tight end Eric Ebron. He was a huge weapon at North Carolina. His measurables and skill set are similar to Evans, but Ebron has a thicker build. He is a player that has Jimmy Graham or Vernon Davis type potential. Ebron is a terror down the seam, and is talented and athletic enough to stand up in the slot. Also, it addresses what will be an area of need in the next couple of years — a replacement for Heath Miller. The only part of his game that needs development is in-line blocking, but with his skill set he would be wasted in this role.

In the second round, the Steelers should select Jason Verrett, cornerback from Texas Christian. Some believe he is undersized, but one simply needs to look around the NFL and see that corners that are very talented are not all 6′ tall. At a shade under 5’11”, Verrett is a legitimate corner with good skills. He is tenacious and isn’t afraid to support the run. He also possesses excellent recovery speed and has shown he has the short-term memory that aggressive corners must possess.

Another interesting prospect that has started to stick out is Scott Crichton, a defensive end/outside linebacker from Oregon State. I’d love to see the Steelers move up to make this selection. At 6’5″ and 273 lbs., Crichton could potentially impact two positions. He is a beast. Absolutely tenacious on the field with a very good motor. His primary pass rush move is a bull rush and one of the things he needs work on is shedding blockers.

In the Steelers 3-4 scheme, he would be required to absorb blockers. A bull rush is the only move that he would need.