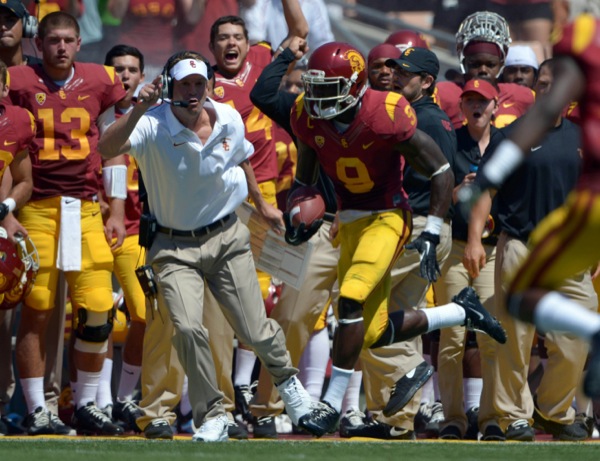 That’s why the best-case scenario for the Steelers would be to draft Marqise Lee from USC. Lee had a sub-par junior season at USC, but proved what he can do with an impressive sophomore season. He had 118 catches for 1,721 yards and 14 touchdowns in 2012.

Lee’s 40-yard dash — 4.52 seconds — proved decent, but not as flashy as some had hoped for. In fact, it moved him down in a number of mock drafts.

However, Lee has been compared to Victor Cruz of the New York Giants.

Mel Kiper Jr. also said that “Lee is the kind of receiver you draft with slight questions on ceiling, but a high degree of certainty regarding immediate impact.”

As far as I’m concerned, I wouldn’t put too much value in a 40-yard dash time. Not every reception is going to be for 40 yards. With Lee, he has the size and quickness to evade tacklers and do what Antonio Brown does — get yards after the catch.

I think the Steelers are fine on defense and can wait until the second round to snag a defensive back. They already vastly improved their defense by retaining Jason Worilds, dumping LaMarr Woodley and signing safety Mike Mitchell.