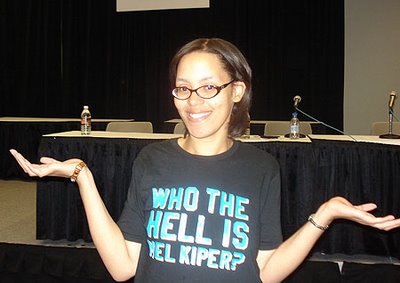 The 2014 NFL draft finally takes place this Thursday night. As with everything Roger Goodell touches, nice of the Ginger Dictator to mess up what used to be an off-season highlight by dragging it out until May and the middle of the NHL playoffs. So without further delay, let’s get to my annual Pittsburgh Steelers draft preview.

Like last year, I won’t be doing a formal mock draft. I used to do mocks but in ten years or so of blogging, I got precisely two picks right –  Limas Sweed and Alameda Ta’amu. An epic bust and a drunken sociopath, not exactly the best record. After awhile – and after seeing so-called “experts” usually only hit on about 50% of their picks – I realized mocking out one round – let alone the insanity of trying to figure out who’ll be pick #138 – is a fool’s endeavor. So instead I’ll just look at the Steelers and throw out some names/positions they might be interested in.

After an unprecedented free agency spending spree, the Steelers have done a good job of spackling over most of their glaring holes. Whether the guys they brought in can play or not is another matter but adding a Mike Mitchell or a Cam Thomas means safety or nose tackle are less of a priority for the time being. Thanks to the league’s cryptic free agent compensation system, the Black and Gold have a pick in all seven rounds plus an additional choice in rounds five and six. Considering their recent draft record, they’d be smart to use all of them.

Of course, the first round is the absolute must-hit choice. It seems to be a no-brainer that the Steelers will take one of two positions: wide receiver or cornerback. Any other position and it’ll be something of a shock.

They signed a couple veteran wide outs this off-season but Antonio Brown is still the only real playmaker on offense. Sammy Watkins – the Clemson receiver Kevin Colbert was probably scouting when that moron Ian Rapaport claimed he was out looking at “Ben’s replacement” Tajh Boyd – will be gone long before the Steelers pick. Most people have Watkins tabbed as the next Megatron which explains his meteoric rise up draft boards. A&M’s Mike Evans seems to be the consensus #2 WR with several mocks having the Steelers taking the 6’5 Plax-clone if he’s still available at 15. After Evans, the receiver rankings are pretty jumbled with Odell Beckham, Marquis Lee, and Kelvin Benjamin all in the mix for next man taken. Beckham is a smallish burner – possibly Wallace’s replacement – while Benjamin is another skyscraper. I’m not sure anybody other than Evans is really worth a first, though.

The most popular position mocked to the Steelers seems to be cornerback. With good reason as the end is near for Ike Taylor and William Gay has never been much more than mediocre. Cortez Allen is solid – when healthy – but the secondary desperately needs corner help. Oklahoma State’s Justin Gilbert is the consensus top corner although most people expect him to be gone by the Steelers pick. Darqueze Dennard of Michigan State seems to be everybody’s #2 option and if he’s still there, the Steelers would be crazy not to take him whether Evans is still there or not. As we’ve learned with Kevin Colbert’s failed late round experiments, corner is a premium position you need to take early if you want decent odds of finding a good one.

Whatever the Steelers don’t address in the first – WR or CB – they’ll likely take in the 2nd. If they go another way, it’ll probably be because some guy fell and the potential was too good to pass up. For example, they have Thomas set at nose tackle but if Notre Dame’s Louis Nix somehow falls to the mid-second – which I’ve seen a few people predict – he might be too tempting to skip. As usual, they could also look at offensive line prospects in rounds 2 or 3 which would be kinda hilarious in that they already invested two 2nds on tackles only for them both to be outplayed by incumbent left tackle – and former seventh rounder – Kelvin Beachum. I’m sure the Steelers will take an offensive lineman (or two) although it’ll be in later rounds as I think they’re willing to roll with what they have and hope highly regarded O-line coach Mike Munchak works his magic.

After CB and WR, the mid to later rounds will see the Steelers focus on building depth and possibly taking fliers on future starters. They definitely need a third string RB which will probably be a later round Chris Rainey-type except without the psychotic tendencies. Filling in the depleted defensive line with a body or two is likely as well. Don’t forget linebacker where both inside and outside could use an infusion of fresh talent. Of the nine picks, if I had to predict a positional breakdown, I’d say it’ll go something like 2 DBs, 2 DTs, and 1 each of WR, RB, OT, LB and TE. The only areas I think they’ll definitely skip are kicker/punter (for the sake of my sanity) and QB. Which is unfortunate as there are some real interesting QB prospects that will probably slip to the 3rd or 4th rounds but they already wasted a pick on Landry Jones last year. Maybe young Landry will surprise me although what I saw in preseason had Tee Martin written all over him.

Anyway, buckle up, enjoy Mel Kiper‘s hair and here’s to a successful 2014 draft for the Pittsburgh Steelers.