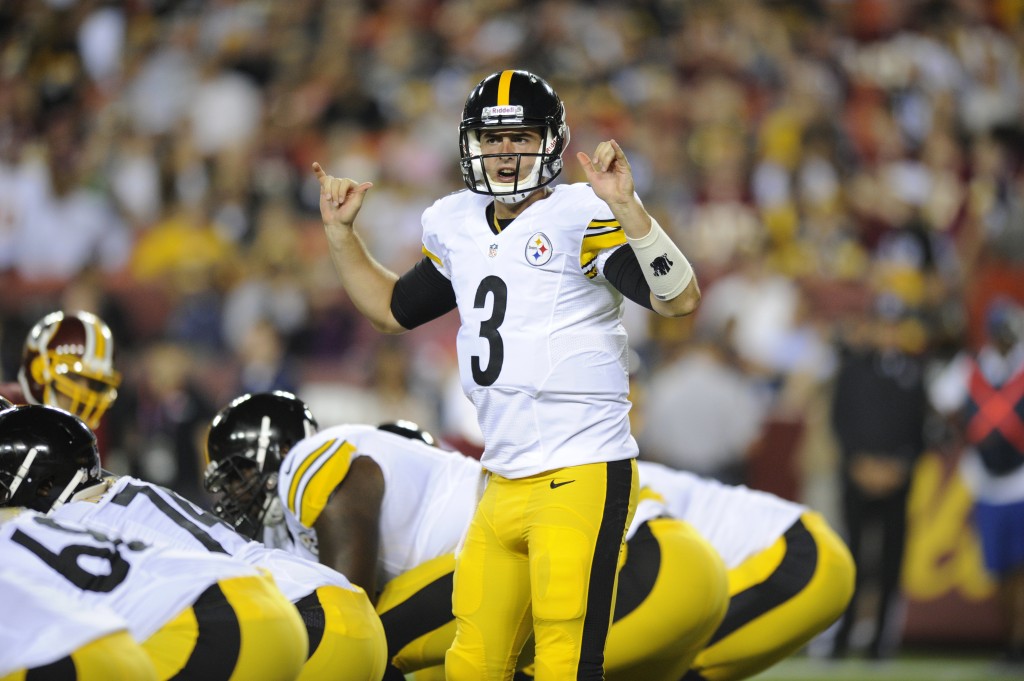 With the start of the 2014 regular season right around the corner, it’s slightly ironic the NFL chose this weekend to put a bunch of dudes out of work. Yesterday was cut down day when every team had to set their final 53 man roster. So without further ado, ladies and gentlemen, your 2014 Pittsburgh Steelers.

You may have noticed my profound lack of interest in this preseason. That’s because there really was precious little in the way of “battles” to get worked up over. When the Steelers broke camp up in Latrobe, I suspect they already had 50 of their final 53 set. The rest was a mere formality.

To prove this theory, one needs look no further than quarterback Landry Jones. Young Landry looked terrible last preseason but one could chock it up to being a rookie transitioning to the NFL. One year later with some experience and familiarity with the system under his belt, he somehow managed to look even worse. The Steelers even gave him snaps with the first and second team hoping better skill players would improve his performance only to see their faith rewarded with ineptitude. Yet when the smoke cleared yesterday, Jones was still the team’s third QB.

Granted the season is pretty much done if you’re down to your third string quarterback but on merit alone Jones shouldn’t be on this team. The Steelers could pick through the pile of quarterbacks released yesterday and almost certainly find somebody more capable of holding a clipboard and bringing coffee to meetings. Hell, the Seahawks cut former Jeanette superstar Terrelle Pryor, who at least showed fleeting moments of competency when playing for the Raiders. The Jets cut rookie Tajh Boyd, the man who that idiot Ian Rapoport claimed was set to be Big Ben‘s heir apparent. Either one would be more palatable than seeing them waste a roster spot on a guy everybody can plainly see isn’t NFL caliber.

Of the players the Steelers did cut, none were too terribly surprising. I gave Kevin Colbert a lot of grief in the past for holding on to his draft picks like precious gold even when it was obvious they were a dud. Colbert and Mike Tomlin seem to be learning as yesterday saw two 2014 draft picks get their walking papers. Despite cornerback being a huge need for this team, Colbert waited and waited and waited until the fifth round to take Shaquille Richardson. Well, Richardson’s gone, having suffered a knee injury that all but doomed his chances of making the squad. They also cut their final pick of the draft, Rob Blanchflower, who was always a long shot simply because of the depth chart at tight end.

The biggest names out of those cut are probably linebacker Chris Carter and tight end David Paulson. Carter actually started four games during his time here but with Sean Spence finally walking among us he didn’t show enough to stick around. Paulson started nine games, mainly during Heath Miller‘s rehab from catastrophic injury, yet never became the kind of pass catching weapon the Steelers envisioned him being out of Oregon. The Steelers decided to go with veteran Michael Palmer behind Miller and Matt Spaeth, with the deciding factor being Palmer’s reputation as a pretty good special teams guy.

Speaking of special teams, it looks like Brad Wing is the latest in the Black and Gold’s revolving door at punter. Wing “won” the job by default as his preseason ranged from “decent kick” to “I wonder what Sepulveda’s up to?” The Steelers had signed former Bear Adam Podlesh to provide options but Podlesh never showed up to camp, opting to stay with his wife who is evidently battling through a tough pregnancy. While I admire Podlesh doing what real men do, his absence did leave the Steelers in a bind. I did see Brian Moorman was cut so there’s at least one guy out there the Steelers are familiar with if they aren’t sold on Wing.

I don’t forsee the team adding anybody’s else’s discards from now until next Sunday. A slew of receivers were released but since we already kept six (?!), I wouldn’t expect another last minute Jerricho Cotchery-type addition. By the way, I hope the people who felt compelled to comment how Derek Moye was some great undiscovered gem when I wrote about the WR corps noted he is not one of the Sinister Six. I don’t like to gloat in others misfortune but he went to Penn State so good riddance.  There was some thought that Steelers might need an extra OLB – they only kept three – but they’re stacked inside and Lawrence Timmons can always slide outside if need be. Colbert and company learned from past mistakes and kept four backup lineman so while there were some interesting names cut – I wouldn’t have minded a reunion with old friend Doug Legursky, who was let go by Buffalo – I think Mike Munchak is pretty well set with what he has.

And I’m set to see football that matters. The Steelers missed the playoffs last season by the narrowest of margins – in a bit of divine retribution, Ryan Succop, the goof who shanked the kick that would’ve sent them to the Wild Card, was cut yesterday – so it’ll be nice to see if last year’s stretch run was an aberration or a sign of things to come.