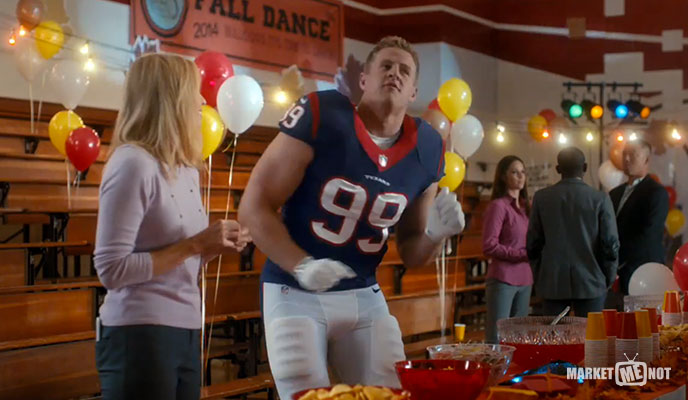 The Pittsburgh Steelers host the Houston Texans on Monday Night Football. Their last prime time appearance was their resounding win over the confounding Carolina Panthers, a team that got whupped in back-to-back weeks by the Steelers and Ravens then beat a good Bears team before battling the Bengals to a tie last week. Maybe Cam Newton really was banged up or maybe he just hadn’t developed any chemistry with his overhauled receiving corps. I’m not sure what that win means other than the old “on any given Sunday…”

What I do know is the Steelers have no chance against any team that has a decent quarterback.

Luckily for us, the Texans don’t have one.

After cutting ties with Matt Schaub – who experienced one of the more spectacular flameouts in NFL history – the Texans pulled a Kevin Colbert where despite everybody knowing they needed to address a certain position – in our case CB, in their’s QB – they futzed around the draft until ultimately taking former Pitt Panther Tom Savage in the fourth round. While Young Savage waits his turn, Houston trusts their once high-powered offense to journeyman Ryan Fitzpatrick.

Fitzpatrick is perhaps best remembered for his stint in Buffalo where he started almost three complete seasons. Surrounded by some decent offensive talent, he tossed 24 TDs in back-to-back years although INTs were a constant detriment with him tossing 16 picks his final year after throwing up an insane 23 INTs the year prior. Last year, he started 9 games for the Titans in place of injury prone underachiever Jake Locker, posting a 14/12 split. So far this season, Fitzy has held to career form, throwing 6 TDs but countering that with 6 interceptions.

If mediocrity could be embodied in a quarterback, Ryan Fitzpatrick would be its human form.

In that regard, I feel good about the Steelers chances on Monday. Anybody who can throw the ball halfway decent is going to camp out in the pocket thanks to our non-existent pass rush and carve up our inept secondary. I can’t wait until Andrew Luck has a go at us in a few weeks. That game is going to be ugly. Girls from Cleveland level UGLY. Against, Ryan Fitzpatrick, however, I think the defense stands a chance of at least limiting the damage.

The Texans have some scary weapons to be sure. Steve McClendon has a bum shoulder and isn’t expected to play. Without him, the run D goes straight to shit. Which is unfortunate because Houston has an elite level runner by the name of Arian Foster. They also have a couple of really dangerous big play receivers in Andre Johnson and DeAndre Hopkins. The fact the Texans are fourth worst in passing offense and 21st in points is a direct reflection on their failure to address the quarterback position.

While a lot of Houston’s ills can be placed at Fitzpatrick’s feet, their defense certainly deserves its share of the blame. Their secondary has been almost as bad as ours, surrendering an insane 271 yards per game to opposing passers. If Todd Haley doesn’t turn Ben Roethlisberger loose on these guys, I hope Ben gets on the team bus after the game and punches him right in the mouth. Of course, it’ll help if somebody other than Antonio “5 Catch” Brown can catch the damn ball. Ben missed some big throws against Cleveland –  most notably, a bomb to a wide open Markus Wheaton in the end zone – but between Wheaton, Moore, and Justin Brown there were more CLANGS than midnight at a bell factory.

Despite giving up yards by the bucketful, Houston’s D does deserve credit for limiting the damage. Despite being in the bottom half of the league against both the rush and pass, they rank 4th in fewest points given up per game. This is highly concerning because nobody hates to score points more than the Pittsburgh Steelers. What this tells me is you can move the ball against them but you have to maximize your chances to punch it in. So far the Steelers have proven absolutely inept in the red zone so it’ll be a true test of their ability to learn from past mistakes.

Or, hey, maybe they could just try to score on some big plays. Nah, that would require throwing the ball deep down the field. The Steelers took those plays out of the playbook when Mike Wallace took his talents to Miami.

Both teams are 3-3 but a deceiving 3-3 in that both have accumulated wins over Little Sister of the Poor (in their case, Oakland and Washington after they lost RGIII mid-game) while getting decimated by quality opponents. JJ Watt, who is probably the best defensive player in the league in addition to being a nifty dancer, surely has the potential to wreck the Steelers’ offense nearly single-handedly if given the chance. Although I also wouldn’t be surprised if the offense clicked to life like they did against Carolina either.

What I do know is this. Sometimes a team falls down a rabbit hole of losing and the death spiral becomes so tight that nothing can pull them out. This happened last year to Houston, who got off to a bad start and then just couldn’t stop the momentum of losing. I have a bad feeling that if the Steelers don’t respond to last week’s shellacking by the Browns with some steps in a positive direction, they could quickly find their season crashing and burning. Which just might be what they deserve.