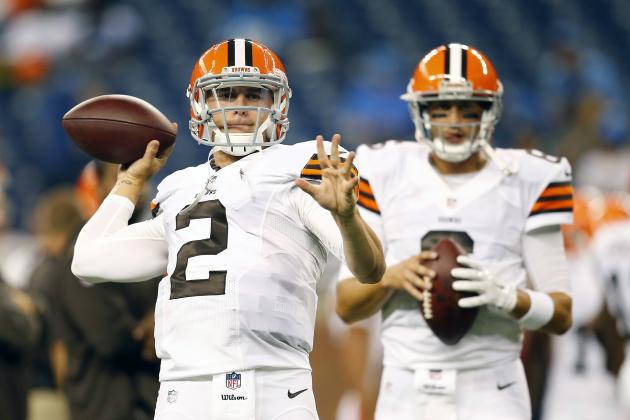 Monday night’s exhilarating performance aside, the Pittsburgh Steelers are a decidedly mediocre football team. That’s the bad news. The good news? In today’s NFL, that might be good enough.

The defending Super Bowl champion Seattle Seahawks are on a two game losing streak following a stunning upset at the hands of the Rams. They’re still a quality team but they’re learning what Steeler Nation learned on two separate occasions: it’s hard to wear the crown. Not only does everybody give you their best shot, it’s nearly impossible to keep the same level of intensity you had pre-Lombardi Trophy. What’s more, the NFL is designed to ensure every team has a shelf life before they lose key pieces, others become too expensive to keep, and others simply lose their luster.

But I don’t intend this post to be an indictment of the Seahawks or an overview of the NFL in general. I wanted to write a bit about a subject of more immediate concern to the Black and Gold, the AFC North. As we approach the mid-point of the 2014 season, the only nice thing you can say about our division is at least nobody sucks. Where the standings settle when December rolls around, however, is anybody’s guess.

The Baltimore Ravens are the clear class of the division. The bile churning in my stomach makes me feel like I’m about to pull a Timmons from even having to type that. The Ratbirds fell off the map last year due to the aforementioned Super Bowl Hangover phenomenon but have clearly rebounded this season. They’re feasting on the same weak schedule the Steelers enjoy with their only losses being to division rival Cincinnati and a very good Colts team. With only one game left against a quality opponent (San Diego) – not counting division games which are always tough – it’s not a stretch to imagine them finishing with 12 or 13 wins.

The rest of the division is wide open. The Bengals started strong as the last undefeated team in the league but Bungles gotta Bungle. Since that hot start, they’ve lost two of their last three with a tie against the Panthers mixed in. AJ Green has been hurt and Cincy is learning what everybody except they already knew: Andy Dalton only looks like a star quarterback when one of the best WRs in the league is out there to catch balls or distract the defense. Real smart giving the Red Rifle that absurd contract extension, Cincy.

Then we have Cleveland. After giving the Steelers that epic ass-beating, some people thought the Browns had arrived. Well, that ship has sailed. After shitting the bed against the inept Jaguars – seriously, how do you force THREE turnovers and only score six points? – happy days are gone from the Factory of Sadness. Brian Hoyer‘s grip on the starting QB job has taken a big hit and I have to believe the arrival of Johnny Football is imminent. I have no idea what to expect out of him but I do know the Browns are a team stuck in the middle: Talented enough to be dangerous, not talented enough to be consistent. They could win their next three or lose them all and neither outcome would really be that surprising.

The Steelers finished 8-8 the past couple years. With a break here or there, they could’ve easily finished with nine or even ten wins. Their schedule is weak enough and the league is mediocre enough that a 9-7 finish this season isn’t really that far-fetched an idea. Given the division they play in, that probably won’t be enough to win it but it very well might be enough to finish second. They don’t hand out trophies for finishing second but the NFL does give out Wild Card spots to some of those teams. So while mediocrity might not be what we want, it just might be good enough.