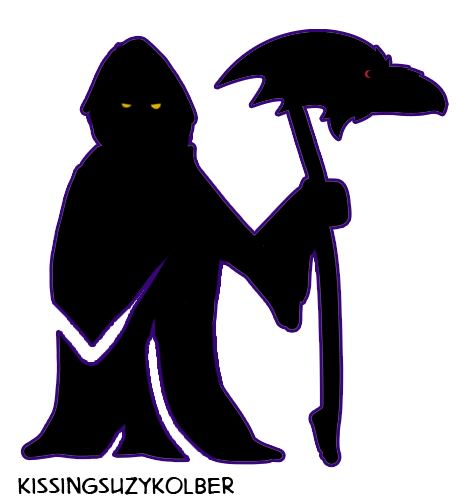 Sorry for the late post but I had a couple Halloween parties to attend and I just can’t recover like back when I attended world-renowned party school, Carnegie Mellon. I’d like to blame my complex costume but truth is my outfit this year was a black t-shirt with a bright white dot in the center. Don’t worry if you don’t get it – nobody else did either. I was “the light at the end of the tunnel.”

I know you guys come here for football talk not my lazy attempts at Halloween but I think my costume choice does have some relevance to the Pittsburgh Steelers. The first month or so of the season was not very promising. After losing to Tampa Bay – a loss, in hindsight, that is even more inexplicable than when it happened – and getting blown out by Cleveland, Steeler Nation was down in the dumps. The players were roasted, the coaches were under fire and the outlook for 2014 was generally negative.

Ben Roethlisberger had what some are calling the greatest individual performance in NFL history. I don’t know if I buy that hyperbole but what he and the rest of the offense did was nothing short of magnificent. While it’d be foolish to expect that level of production every week, there is hope that it marked a turning point in the season. That it was, pardon the phrase, the light at the end of the tunnel.

Let’s hope so because this week things get serious with a match-up against our hated enemies, the Baltimore Ravens. The Ratbirds humbled the Black and Gold earlier this season, winning 26-6 in a game where they basically toyed with us for four quarters. Since then, Baltimore has feasted on the same easy schedule the Steelers were blessed with, destroying Tampa, Carolina, and the hapless Falcons. Last week they hit a speed-bump when the Bengals nipped them by a late field goal to keep the AFC North standings a four team race as we head into the back end of the season.

The Ratbird’s numbers look impressive although they’re clearly skewed by the level of competition they’ve faced. They’re a top ten offense in terms of points, yards and rushing offense – understandable when you play terrible teams and get out to big leads. Joe Flacco is having a typical Joe Flacco type season (14 TDs, 7 INTs, 62% completion percentage) where he’s efficient if unspectacular with the occasional boneheaded mistake mixed in. The offense has gotten a huge boost from the two-headed running attack of Justin Forsett and Lorenzo Taliaferro, who not only replaced the disgraced Ray Rice, they’re actually a huge upgrade over him. The Steelers defense absolutely needs to contain them on Sunday.

Baltimore doesn’t have the offensive firepower the Colts do but let’s not gloss over our D still surrendered 34 points last week – many of them after giving up huge chunks of yardage. It’s not a good defense per se but I am starting to wonder what with all the idiotic pass interference rules if any secondary can play that well in today’s offensive-minded NFL. Not excusing Cortez Allen, who richly deserves his nickname Worst Cornerback in Football, and hopefully sees little to no playing time against Baltimore. The Willie Gay/Brice McCain duo have actually acquitted theemselves fairly well so f we can just have more Antwon Blake in the nickel – it doesn’t appear Shirtless Ike is ready to come back quite yet – the Steelers might be able to at least make the other team work for their points.

Make no mistake the strength of the Steelers is their offense and it’ll be up to them to carry the day as they have the past two weeks. The Ravens have a pretty good run D although so did the Colts and Le’Veon Bell still burned them catching passes. Bell is a rare talent on the cusp of being the league’s next big thing. The offense has also benefited greatly by the emergence of Martavis Bryant, who as made the team’s passing attack so much more dynamic. He’s not starting (yet) although I think in the long run he’s going to be the team’s #2 with some combination of Markus Wheaton and Lance Moore in the slot.

While nobody expects them to replicate last week’s magic, they may be in for a good day considering the Ravens are banged up in the secondary. Their top corner, Jimmy Smith, is out with a foot injury. Their other starter, Ladarius Webb, has also missed practice with some sort of malady although is expected to play. Baltimore hasn’t had the greatest secondary play as is – they’re 22nd in the league against some pretty bad QBs – so limping into Heinz Field to face Todd Haley‘s red hot offense is about as good a match-up as we could’ve hoped. And yes, I did just use the words “Todd Haley” and “hot offense” in the same sentence.

All the AFC North teams have been gifted with an extremely generous schedule this season. Upsets happen and any given Sunday and all that but we can’t really look for outside help from other teams to make up ground in the standings down the stretch. The division is going to come down to these head-to-head match ups and (probably) tie breakers. The Steelers have already split the season series with Cleveland and are currently down a game to the Ravens so salvaging a split is absolutely vital. If we learned anything from last year, it’s that it’s never too early to start worrying about December.