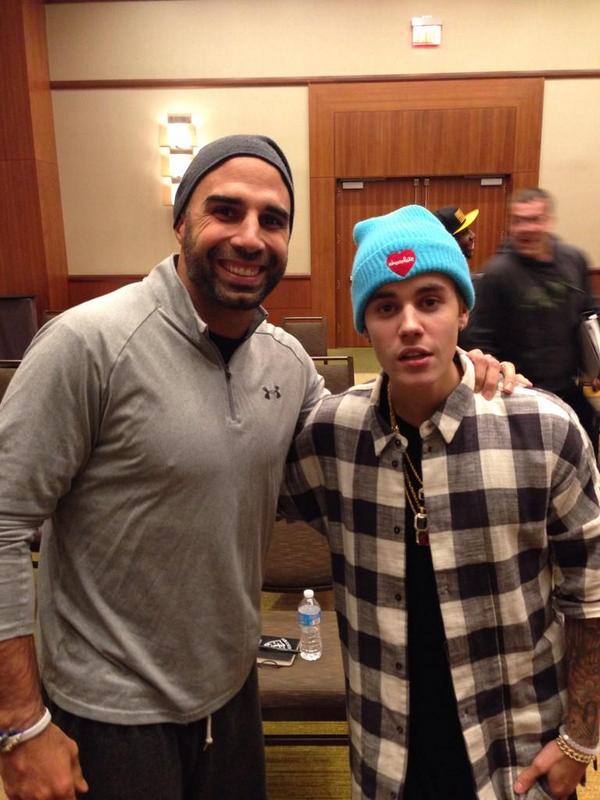 Raise your hand if you’re shocked to hear the Pittsburgh Steelers crapped the bed against a terrible team they had no business losing to. Anybody? Bueller? Bieber?

Justin Bieber dropped by the Steelers’ Bible Study group on Saturday night. I’ve been blogging for almost ten years now and I’m pretty sure that’s the strangest sentence I’ve ever written. Evidently, the Biebs is a Steeler fan which I suppose is karmic justice for us already having Snoop Dogg. Anyway, much like Selena Gomez, Bieber once again got involved with something good only to leave it utterly ruined.

How else can to explain the Black and Gold’s utterly miserable performance against the New York Jets? The final score of 20-13 doesn’t really convey how pitiful a performance this actually was. If it wasn’t for Martavis Bryant making a tremendous play for an 80 yard touchdown with a little over a minute left, the formerly red hot Steeler offense would’ve been held to two measly field goals. Two field goals!

For awhile now we’ve been talking how the strength of this team is the offense and how they’ll have to cover for a decidedly mediocre defense. Make no mistake, this loss is NOT on the defense. In fact, the D played a strong game all things considered. Outside of a busted coverage that allowed TJ Graham to get loose on on a 67 yard TD pass from Michael Vick, they did a pretty good job on the Jets offense. Despite the offense constantly putting them in a bad position, Dick LeBeau‘s crew only surrendered 7 points off turnovers.

Oh, the turnovers. Antonio Brown may be one of the top receivers in football but yesterday he had the game from hell. AB caught 8 passes for 74 but he also turned the ball over twice; once after a catch and another on a muffed punt. Ben Roethlisberger didn’t have a good day, either, making poor decisions and just never really getting into any sort of rhythm. He chipped in with two turnovers of his own, both interceptions. The first was kinda forgivable (Bryant didn’t make a play on a ball at the goal line) but the second was positively Dalton-esque in its stupidity.

Before yesterday, the Jets D took 567 snaps and had 3 takeaways. Yesterday, they had 4 turnovers in their first 30 snaps. Like Mike Tomlin hilariously told the sideline reporter at halftime, “We gotta stop kicking our own butts.”

I don’t know if they kicked their own asses as much as played the game with their heads up it on offense. I have no idea what the hell Todd Haley was doing yesterday. When his offense is clicking, it’s a thing of beauty but when it’s off, it’s absolutely brutal to watch. For all their bumbling, they had two drives go inside the Jets five yard line. Tomlin elected to kick on fourth and 2 from the 5 which looks bad in hindsight because Stonecold Shaun Suisham somehow (Chris) Blewitt. The second goal line stand, though…

The Steelers had first and goal from the 1. On first down, Haley elected to throw a play action pass to Pro Bowl fullback James Harrison. Wait, what? Yes, Deebo was out there playing FB for some inexplicable reason (Will Johnson wasn’t hurt near as I know). On second down, LaGarrette Blount ran a dive up the middle, only problem was he dove over left guard while his fullback – James Harrison, remember – led him over right guard. On third down, Blount, their best big, strong, downhill runner, ran a sweep where the entire left side of the line got knocked over like bowling pins leading to him getting tackled for an 8 yard loss. On fourth down, Ben was left with a desperate heave towards AB with half the Jets D barreling down on him.

Despite having two really good backs, the Steelers offense hasn’t scored a rushing TD for six weeks now. Le’Veon Bell was held to only 36 yards rushing meaning if you disregard the 92 he had against the Colts – which I hate to do even though that game was strange for many reasons – his rushing totals over the last month are 57, 20, and 36 yards. The offensive line does an okay job in pass protection but we’re really starting to see where they aren’t good at run blocking and are absolutely terrible in short yardage. I’m all for a pass first offense except if they can’t line up and smash the ball forward at the goal line you’re going to end up settling for a lot of field goals.

The Jets tried their damnedest to give this game away. Vick made some nice plays but he also threw at least two passes that should’ve been intercepted. The refs also helped New York’s cause on two occasions. First, Vick fumbled in the field of play which Cam Heyward alertly pounced on yet they failed to overturn the call despite obvious evidence. Secondly, Darius Heyward-Bey(?!) recovered an onside kick but was flagged for being off-sides when he wasn’t. DHB can’t catch passes that hit him between the numbers yet manages to pick a bouncing pigskin out of a scrum…go figure.

And go figure the Steelers. After two extremely impressive wins over playoff caliber opponents, they follow it up with a performance about as inspiring as the lyrics to “Boyfriend.” I can’t say I’m totally shocked because this is the kind of consistent inconsistency that’s marked the Tomlin era. I suppose we have nobody to blame but ourselves for thinking the past couple games meant the team had turned a corner.  Same old Steelers.