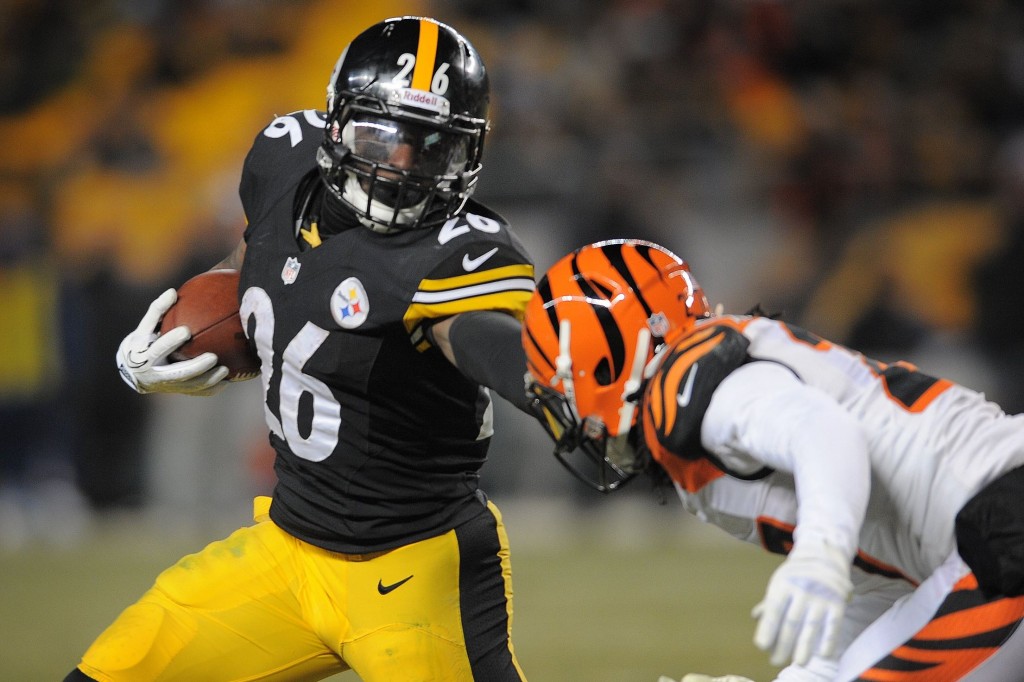 The wheels of NFL justice may not move swift but at least they always get it right.

Wait, what? Three games? What the fu…

Pittsburgh Steelers running back Le’Veon Bell has been suspended for 3 games for the DWI drug arrest last August. Or one game more than Ray Rice was originally suspended for cold-cocking his fiancee back when he pleaded guilty to assault after the first tape surfaced. Graphically beating a woman = two games. Getting pulled over while smoking joints = three games.

Yep, that Roger Goodell sure knows how to make the tough decisions lemme tell ya.

Idiocy from the office of the Ginger Dictator aside, Bell certainly deserves some punishment if only for abject stupidity. He’s appealing his suspension which leads me to believe they’ll knock it down to two games in order to appear “fair.” Considering the Steelers defense is currently bowling shoe ugly with real potential to be the worst in the league – not yinzer hyperbole, go through position by position, it’s garbage – the only realistic shot they have to win games next year is to score early and score often for which they’ll need the best all-around running back in the league. Newly signed DeAngelo Williams should be serviceable enough in a pinch but he’s no Bell.

Hopefully Bell’s absence doesn’t cost his team too dearly although after watching last year’s Wild Card game, to say this is a different offense without him in the line-up would be a colossal understatement.