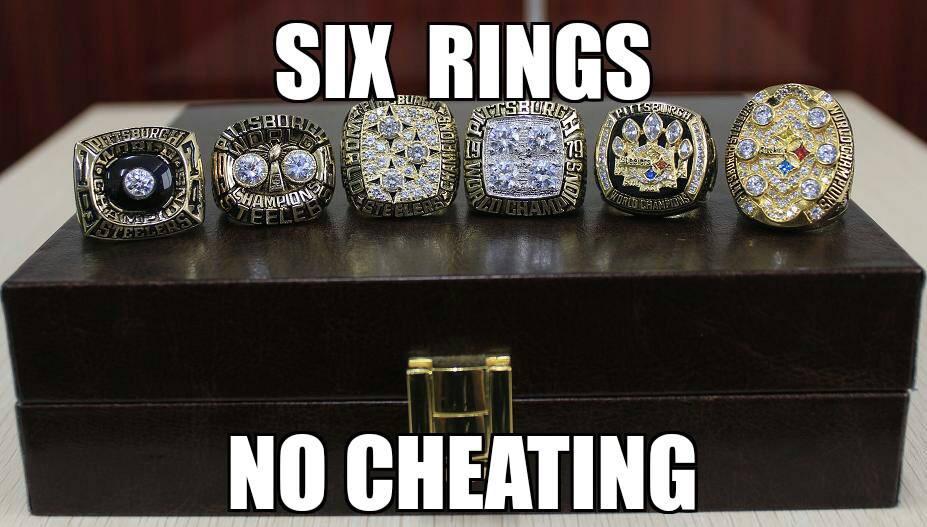 I know we’ve had our differences. Sure the Pittsburgh Steelers were the only team to vote against the current CBA because they thought you had too much power. Sure James Harrison called you an asshole in a magazine interview and said he has zero respect for you after you fined him a billion times for playing football. Sure Steeler Nation finds you a despicable despot who lets a wifebeater like Ray Rice go with a slap on the wrist while throwing the book at Ben Roethlisberger despite him never being charged with a single offense. But that’s all water under the Clemente Bridge.

You did us a solid. A real solid. And we appreciate it buddy!

Tom Brady is the Golden Boy of the NFL. The New England Patriots are the showcase team of the past decade plus. Never mind the fact they cheated to win at least one of their Super Bowls thanks to illegally videotaping their opponents. The Steelers were dicked over in one of those games and even after you gave them a token “punishment” and destroyed the tapes, we never forgot. When the Pats were caught using illegally deflated balls in this year’s AFC Championship Game, we figured you’d hand out another of your laughable punishments and call it a day.

Well, color me shocked when I heard that Tom Terrific was suspended the first four games of the 2015 NFL season in addition to the team losing next year’s first round draft pick. The pick is whatever but looking at the schedule, why, it appears the Steelers play the Patriots on Kickoff Thursday week one! Even if the suspension is commuted down to a game or two, he’s not going to be in the line-up to abuse our pitiful secondary which is, uh, good. Really really good.

So thanks, Ginger Dick, er, Mr. Goodell. I knew after all that time spent at Washington & Jefferson you couldn’t possibly hate the Steelers as much as the first nine years of your administration seemed to suggest. You finally did something to benefit the Black and Gold! Like the saying goes, better late than never!