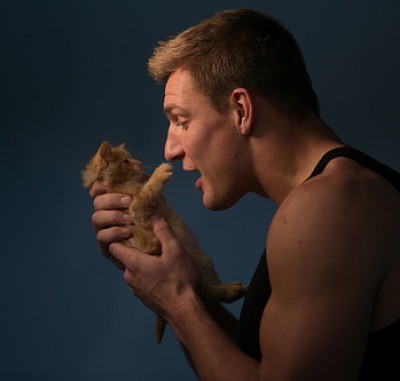 The Pittsburgh Steelers lost their season opener to the New England Patriots 28-21. I’d like to say something like “the score really wasn’t that close” but the truth is it really was that close. The Steelers didn’t play badly at all – in fact, even their much maligned defense didn’t play all that terribly. They got absolutely abused by Rob Gronkowski (5 catches, 94 yards, 3 TDs) although in all fairness Gronk is a freak of nature that can and will wreck even the best of secondaries given the chance.

Old school Steeler fans aren’t going to like it but the days of the Black and Gold shutting people out are over. The team as presently constructed is going to win by scoring a lot of points on offense while hoping the defense can hold the opponent somewhere around 25 points. If anything, last night’s loss was on the offense. The Steelers squandered at least four golden opportunities to score, costing themselves at very least 14 points.

The blunders started on the opening drive when the Steelers marched right down the field behind the excellent running of DeAngelo Williams. Williams wasn’t the dynamic playmaker out of the backfield Le’Veon Bell is (only 1 catch) but as far as running goes, his 21 carries for 127 make it hard to say we missed Bell too much. With the offense rolling, Todd Haley called an idiotic pass-option with Antonio Brown, who was promptly sacked for an 8 yard loss. That derailed a promising drive which was mangled completely when new kicker Josh Scobee missed a 44 yard FG.

Scobee had a bad opening night, missing 2 of his 4 attempts. After spending his entire career in Jacksonville, he may have been nervous to be playing in a game people were actually watching. He did settle down to make his last two attempts although this is why I groaned when we gave up a draft pick for him. Kickers are literally a dime a dozen and if one doesn’t work out, move on to the next. The fact we gave up a pick to acquire him probably means he’ll have to really screw the pooch in order for the team to cut him. Hopefully it doesn’t come to that.

Our defense, well, stop me if you’ve heard this before. No pressure, no turnovers, and bad secondary play, particularly on third down. The Pats started three rookie offensive lineman (!?!) and yet our only sack came from Will Allen on a corner blitz that Brady didn’t pick up. The closest we came to a turnover was Mike Mitchell making a nice strip on former Pitt star Dion Lewis near the goal line but despite two Steelers right there Gronk managed to recover the fumble. The worst, though, was their inability to get off the field on 3rd down. New England’s first TD drive was twice faced with long situations and both times they converted.

The defense weren’t the only ones falling back on bad habits, though. Much like last year, the Steeler offense got bogged down inside the red zone and/or couldn’t finish drives. They finally got something going at the end of the first half only for Darrius Heyward-Bey to blow a wide open catch in the end zone by not being able to keep his feet off the chalk despite nobody being within 5 yards of him. A nice drive at the start of the 4th quarter fizzled when they couldn’t convert despite a 1st and Goal from the 1 after a pass interference call on the Pats.

That drive saw some controversy when LT Kelvin Beachum was flagged for a false start despite the vehement protests of Ben Roethlisberger. The Patriots were moving around doing all kinds of weird motion you never see which unsettled Beachum and led to him jumping. The commentators mentioned the possibility the Pats were imitating the snap count which is illegal although I have not heard confirmation of this. In any case, I am shocked and appalled that anybody would accuse such a classy and honorable organization as the Patriots of stooping to underhanded tactics.

You know, like the curious communications snafu that Mike Tomlin was evidently furious about in the post-game. The Steelers had no communications equipment for a portion of the first half because their headsets were only able to receive a transmission of the Patriots’ local radio broadcast of the game. If you watched the game, that goof Collinsworth kept making note of how the Steelers D had some major problems lining up in the proper formations which, you know, may have been because THE COACHES DIDN’T HAVE HEADSETS.

Still, it’s hard to blame this loss on the Patriots cheating. The two missed field goals were bad. Not converting on that 1st and goal was bad. DHB and Markus Wheaton, who had one spectacular catch but dropped two others that would’ve been big gains, not making enough plays didn’t help. Ben throwing one costly INT late in the 4th quarter was foolish. As was the hilariously poor clock management at the end of both halves. Just too many errors to beat a quality team like New England.