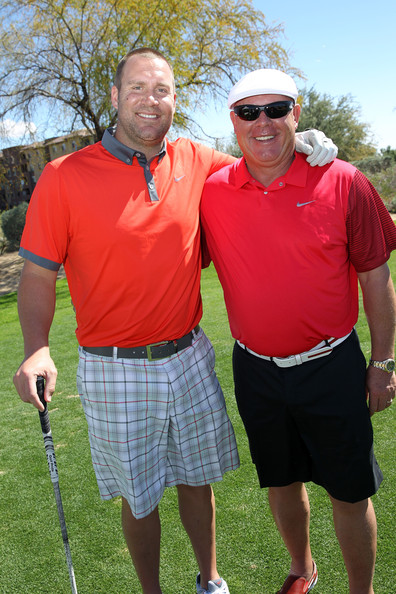 Sorry for the lack of posting this week. I’ve been a bit under the weather but I’m making a comeback. Ben Roethlisberger would love to make a comeback of his own this week after returning to practice the past few days. Unfortunately, it doesn’t appear to be in the Cards.

Thank you, I’ll be here all week. Try the veal.

Ben would surely love to play this week, not only to help the Pittsburgh Steelers try and keep pace with the undefeated Bengals but because our opponents are the Arizona Cardinals. The Cards are coached by old friend Bruce Arians, our offensive coordinator for five seasons until he “retired” (for about 48 hours). Arians has long been hailed as Ben’s best friend in football. In fact, despite overseeing some pretty good offenses – including our first 4,000 yard passer, 1,000 yard rusher, and 1,000 yard receiver in the same season – Arians was fired primarily because the team felt he was too chummy with his quarterback.

Since leaving Pittsburgh, Arians directed a Flying Circus in Indianapolis that won him Coach of the Year honors before leaving to take over for Ken Whisenhunt (another ex-Steeler OC) in the desert. Arizona has had a very good team the past couple seasons only for things to be undone by injuries. His quarterback is another familiar name, Carson Palmer. When healthy, Palmer controls one of the league’s more well-balanced offenses.

While not the gunslinger of his youth, Palmer has thus far posted a sparkling 13/3 TD-INT ratio. He’s on track for nearly 4,000 yards passing. The team’s rushing attack is headlined by another reclamation project, ex-Titan Chris Johnson. After a forgettable season with the Jets, Cop Speed has piled up 400+ yards with crazy 5.1 yards per carry average.

Of course, you can’t talk about Arizona without mentioning ex-Pitt star Larry Fitzgerald. Now in his 12th season, LarryFitz continues to be one of the league’s premier targets. He’s not the game-breaker he once was, having settled into more of a Hines Ward possession type role. Luckily he has John Brown around to provide that big play ability. Together they form one of the better 1-2 punches in the NFL.

While the offense is good, the defense is better. In an weird irony, the Cardinals tried to hire current Steelers DC Keith Butler on a couple separate occasions only to be rebuffed. Current Jets coach Todd Bowles built a really solid unit that plays with speed and aggression. The Cardinals currently have an insane 11 INTs and 7 fumble recoveries to lead the league in turnover differential by a wide margin.

The Cardinals secondary of Patrick Peterson, Rashad Johnson and Tyrien Matthieu are second to none. Their front features a rotating cast of characters, including another old friend of ours, LaMarr Woodley (who I believe we’re still paying). They use the Lebeau system of disguise and trickery to create pressure and force mistakes. It’s hard to scheme for one particular guy since you never know who is coming and from where.

Mistakes are the one thing Michael Vick will have to avoid. As atrocious as his game was on Monday night, the really backbreaking mistakes were made by the Chargers. Vick still has to play better without question. I don’t know if he can but the Cardinals were beaten by Nick Foles and the Rams.

Vick isn’t Foles although I don’t know that he’s that much worse. The Rams won thanks primarily to RB Todd Gurley running all over the Cards. With respect to the rookie, I know for damn sure Gurley isn’t Le’Veon Bell. If Bell can get on track and Vick can take advantage of the opportunities he creates, well, the Steelers could make this a game.

It’ll help if the defense continues their unexpectedly excellent level of play. I’ve given up on the Ryan Shazier Watch as at this point he’s the new Troy: a nice toy to have when he’s in there but nothing you count on week in and week out. Besides, the Steelers have gotten more than enough from ILB Sean Spence in his place. If he, Lawrence Timmons and the unstoppable duo of DE Cam Heyward and Stephon Tuitt continue their outstanding play, it’ll certainly give the team a chance to win.

A chance is what the Steelers have in this game and it’s all you can really ask for. When Ben went down, there were dire predictions of where we’d be when he finally returned. If not for a totally inept kicker, this team would be 2-0 in his absence. Granted this week’s opponent is significantly better than either the Chargers or Ratbirds but this season has been all about the Steelers defying expectations. Let’s hope they can defy them one more time.