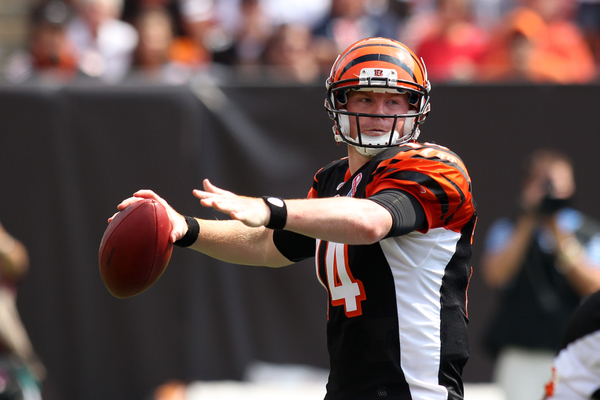 Barring any unforeseen setback, Ben Roethlisberger is set to return this Sunday. That’s the good news. The bad news is it may be too late for the Pittsburgh Steelers to compete for the AFC North. I always hate to declare a game “must win” before mid-season but this weekend’s match-up with the Cincinnati Bengals is about as must win as it gets.

The Bengals are currently one of a half dozen undefeated teams littering the NFL. This season has been a weird one as far as parity goes. In recent years, there wasn’t a huge clear cut gap between the haves and have nots. This year there seems to be a huge gulf between the teams on the top tier and the perennial bottom feeders. Then again, even the so called “elite” teams come with their share of warts.

Looking just at the AFC, three teams stand undefeated: The Patriots, Broncos, and Bengals. The Pats are far and away the class of the conference if not the entire league. The Steelers actually gave them a pretty good game all things considered but otherwise they’ve hardly been challenged. The Bengals have a very good team but their quarterback has never won a Monday Night game, let alone a Super Bowl. Until Andy Dalton shows something in December, it’s impossible to count on Cincy making a run. Meanwhile, the Broncos have arguably the best defense in football but are being led by the Ghost of Peyton Manning. Manning is a shell of himself to the point Denver has won two games without an offensive touchdown. While Defense Wins Championships, I’m not sure how far you can go with a future Hall of Famer game managing you to victory.

Beyond the three undefeateds, there is only one other AFC team (besides the Steelers) who currently sits above .500 – the New York Jets. The Jets gave the Patriots a battle yesterday before ultimately falling short. I don’t think anybody pegged them to be 4-2 at this point although there they sit. They have a pretty good defense but a rookie head coach and starting journeyman Ryan Fitzpatrick doesn’t exactly inspire confidence they’ll hang in all season.

The Dolphins, Bills, and Raiders are all at or hovering around the .500 mark. The Bills were a preseason darling pick but really haven’t lived up to the hype. Shocking for a Rex Ryan coached team, I know. The Dolphins played so bad they got their head coach fired. They’ve won the past two in impressive fashion although when there’s a regime change you often see the players who got the previous guy canned try a lot harder to impress the new guy. How long that keeps up is anybody’s guess. The Raiders look like an improved squad – they nearly upended Cincy a few weeks back – but their running game is weak and their defense has huge issues, particularly against the pass.

The Steelers play the Raiders in a few weeks. That might also be close to a must win as the Steelers conference record currently sits at a miserable 1-3. For comparison, the Jets are currently 3-1 in the AFC. Beating Arizona was impressive but wins against NFC teams aren’t quite as valuable when you’re battling for a Wild Card. None of the other aforementioned teams are exactly running the table in the AFC but there’s no question the Steelers have to start winning conference games or they’re going to find themselves in one of those Tie Breaker Scenario Hells come December.

Of course, it’d be nice to bypass all that and just win the Division. With a 3 game cushion, the Bengals already have that situation well in hand. The Black and Gold pretty much have to sweep the season series in order to have a shot. Starting on Sunday, they’ll have their chance to do just that.