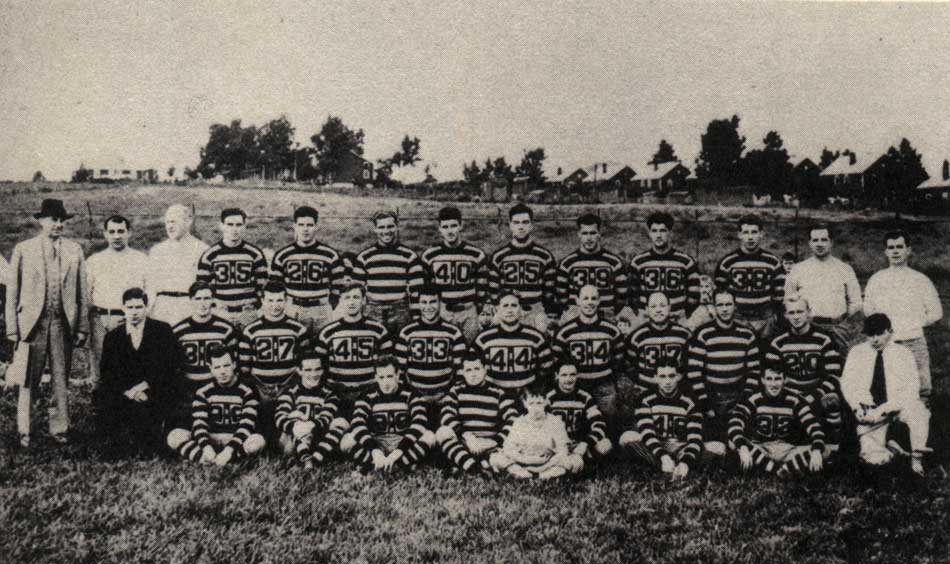 No, that isn’t the 2012 Cincinnati Bengals team photo done in artsy black and white. That picture there is of the 1934 Pittsburgh Steelers. And to be completely accurate, they were actually known as the Pirates at that point in their history. Professional football, you see, was still in its infancy and to gain some legitimacy teams often swiped names from their more respectable baseball brethren. Oh the irony.

It also goes without saying that in 1934 broadcast television didn’t exist. Which explains why grown ass men would willingly step on a football field looking like Bumblebee Man from The Simpsons.

Of course, we’re now in 2012 where anything and everything is on television. And nothing dominates the airwaves like the NFL. ESPN devoted three hours yesterday to the unveiling of this year’s schedule. THREE HOURS. For those of you who chose to spend that time engaged in more productive pursuits, such as waxing your unibrow or polishing off your backlog of Keeping Up With The Kardashians, allow me to break the special down for you:

Now that you’ve avoided that bullet, head over to Steelers.com and take a gander at the Steelers 2012 schedule sans all the noise pollution. I don’t believe in breaking down schedules because, let’s face it, if I could predict entire seasons six months out, I wouldn’t be sitting here in Carnegie, I’d be in Aruba doing body sushi off Crystal and Chanteuse.  I will say it’s a far cry from last year’s cream puff schedule, starting with a killer one-two punch of a Sunday Night game against Peyton Manning and the Denver Broncos and then a slugfest with the Ratbird wanna-be Jets. I never root for injury to befall anybody but I can’t wait for Deebo and Mister Woodley to test out Pey-Pey’s bionic placenta-neck. And meeting the Jets in week 2 is actually a lucky break because they’ll probably still be starting useless Mark Sanchez instead of the vastly more talented Tim Tebow. From there, however, I foresee a tough road ahead especially when you play a game against every team in the NFL’s toughest division, the NFC East. 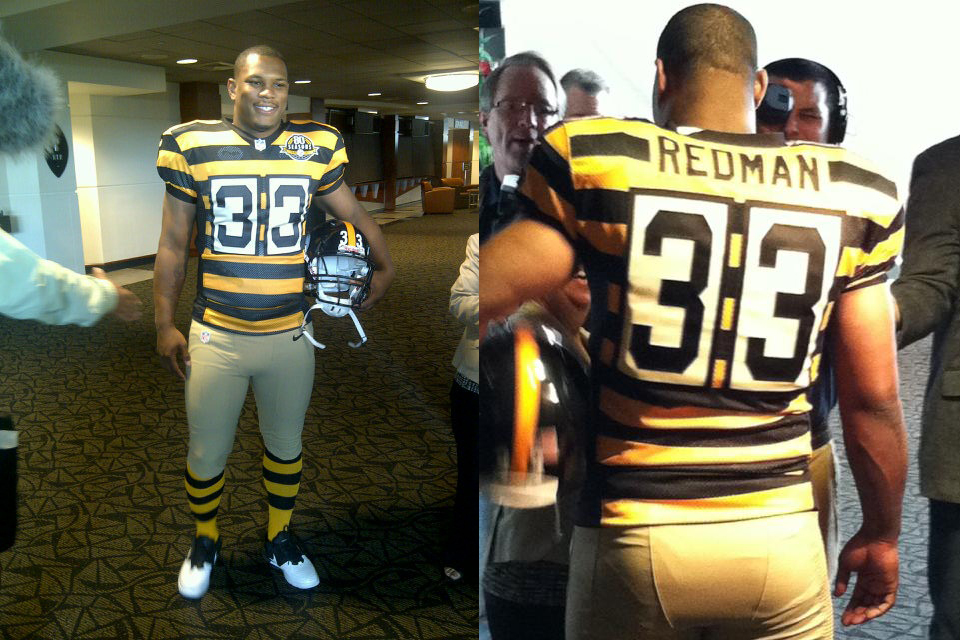 No word which games will feature the Steelers in their brand-spanking new throwback unis, which they really should give us fair warning so those of us with 1080i high definition LCD televisions know to kick down the resolution a notch lest they be blinded. Thank Tebow the NFL hasn’t moved to broadcasting in 3-D yet. I know Steeler Nation is the strongest, most passionate fanbase in the game but you either have to be drunk, color blind, or an extreme hoarder (of Steelers junk) to want to buy one of these monstrosities. I never thought I’d like a jersey less than those dopey pink jerseys they market to bubble-headed groupies who wouldn’t know a tight end from a, uh, tight end but these win in a landslide.

If the Steelers do plan on actually wearing these beastly things, let’s hope they do the right thing and make a big production out of it. Start with your honorary team captains, B. Brian Blair and Jumping Jim Brunzell.

And instead of playing “Renegade” to fire up the crowd, how can you not use this song: