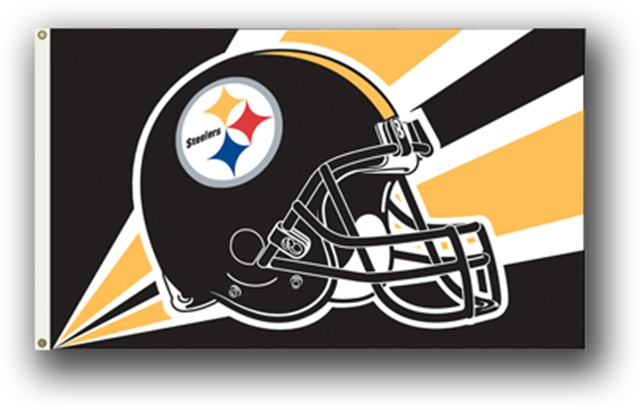 Who wants a Pittsburgh Steelers flag? You do, that’s who!

Well, we’ve got one, courtesy of CVSFlags.com, and we’re giving it away.

All you have to do is like TotalSteelers on Facebook. To make it extremely easy for you to do this, we even have a handy dandy link to our Facebook page over on the right (the “F” symbol beneath “Follow Us Online”).

After you do this, come back here and post your Facebook ID in the comments so we can message you if you win. A NOTE ABOUT COMMENTS: if you’ve never commented before, and judging by the sad lack of feedback around here most of you haven’t, I have to approve your first ever comment before you have unlimited commenting privileges. So when you submit your Facebook ID in the comments DON’T PANIC if your comment doesn’t show up right away. I’ll get around to approving it shortly.

If you’ve already liked us on Facebook, well, skip directly to posting your FB ID in the comments. You’re not going to be penalized for doing what everyone should have done already. In fact, you should be lauded for being on top of your game, but we’ll do that later.

We’ll put all the names in the Pirates hat we stupidly purchased earlier this summer and choose the winner of the flag at random NEXT FRIDAY.

So what does this damn flag look like, you’re probably asking. Actually you have two options to choose from. 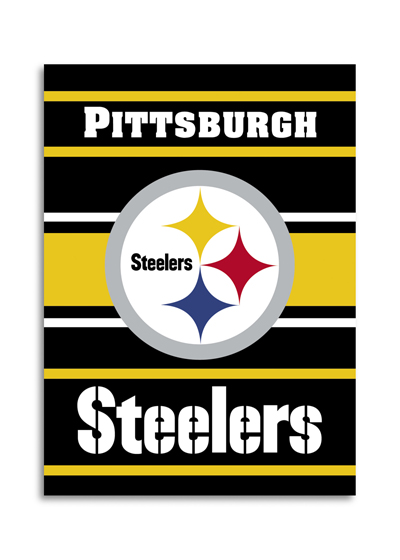 There’s a 3′x5′ Steelers flag which is posted above. It says, “I am a proud member of Steeler Nation! Yoi! Double Yoi!”

There’s also a ginormous 28″x40″ Steelers flag. This one’s vertical and features the hypocycloids (those funky stars but all diehard already know that) in all their glory. This choice is particularly fitting for people who want their entire neighborhood and perhaps several surrounding boroughs to know where their allegiances lie. Or if you live in Baltimore.

To review — like us on Facebook, tell us how to find you on Facebook in the comments of this page, high five someone and (potentially) win!

Also, tell your friends, but only if they have the good sense to like the Steelers.