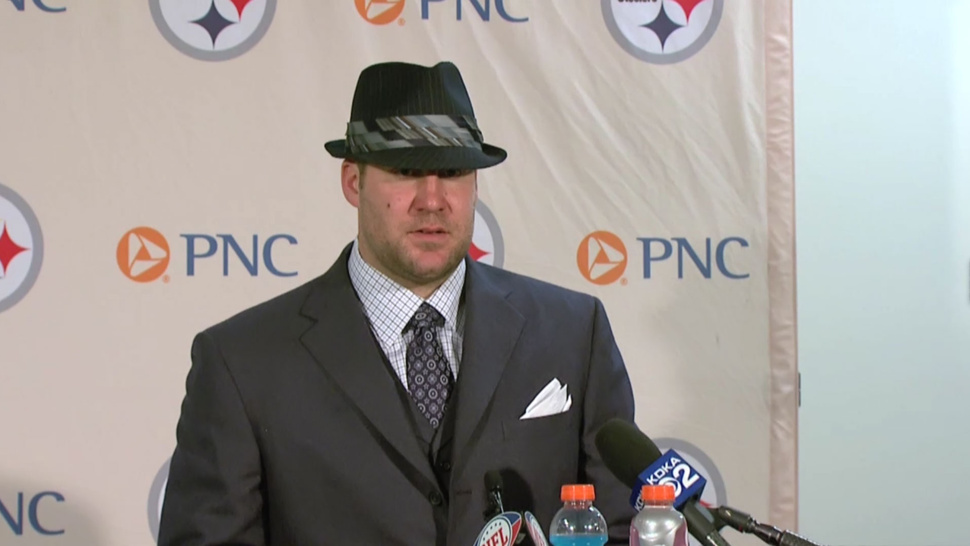 I try not to pick on Ben because nobody ever accused him of being a deep thinker. He’s a tough ‘ol sumbitch who gets the job done through a combination of talent, guts, and sheer moxie. That said, he played particularly poor on Monday Night, throwing the ball erratically on a number of occasions. Granted that is bound to happen to any quarterback after he gets hit so many times it’s impossible to plant his feet and deliver the ball with confidence because you know you’re about to get walloped.

Still, if the Steelers are to have any hope of salvaging this season, their $100 million dollar man is the guy who’ll have to lead them. How does Ben propose to right this sinking ship?

By speaking in the third person:

“The quarterback’s got to play better. And he will.”

At least I hope he’s speaking in the third person. The other possibility is he’s been smacked around so much these first two games, he actually thinks his name is Voodoo Tatum and he’s quarterbacks coach for the Dillon Panthers.

One of the many issues facing the Steelers is the dearth of veteran leadership. Over the past several seasons, the team has purged its roster of the guys who led the way to three Super Bowl appearances. When a team, particularly a young team, gets off to an 0-2 start, it’s important for veterans to step up and prevent the locker room from spiraling down the drain. Like it or not, Ben is now one of the team’s leaders – someone that will be looked at to provide guidance at times like this.

How does Ben propose he motivate the troops on the eve of a crucial season-defining game against the Chicago Bears?

“Bring[ing] in the Lombardi (trophies) and setting them in the team meeting room and putting up the Hall of Fame pictures and that stuff.”

Seriously? Your idea of motivation is SHOW AND TELL?

This would be so funny if it were happening to the Cleveland Browns. I guess in a way it is still funny. After all, if you don’t laugh, you’re only gonna cry.

One Response to “Big Ben Is “Frustrated” And “Angry””