Mike Tomlin told the media after his press conference was over today that they had too much time on their hands. He has become insufferable

Welcome to our weekly recap of Pittsburgh Steelers head coach Mike Tomlin‘s press conference. Before we begin, something of a minor controversy occurred this week at this normally jovial affair.

As always, the Steelers official website uploaded video of the presser which you can watch by clicking here. If you choose to watch the whole thing instead of reading my much more easily digestible recap, you may notice the video ends rather abruptly. That’s not poor editing by the Steelers geek squad, evidently instead of the normal routine of issuing a last call for questions and thanking the media for their time, Tomlin decided to pull a mic drop.

As you’ll see in my recap, Coach T was perturbed by reporters this week. Which makes me wonder how he’d fare in a city like New York where the media actually question their head coach and aren’t a bunch of pom-pom waving cheerleaders.

“Obviously it was good to get our first division win”

“Obviously we’re going into a hostile environment this week”

“Obviously, we were stiff when we needed to be”

Unlike when you’re a teenager and you’re stiff at the most unfortunate times.

“Obviously we had some splash plays in the kicking game” 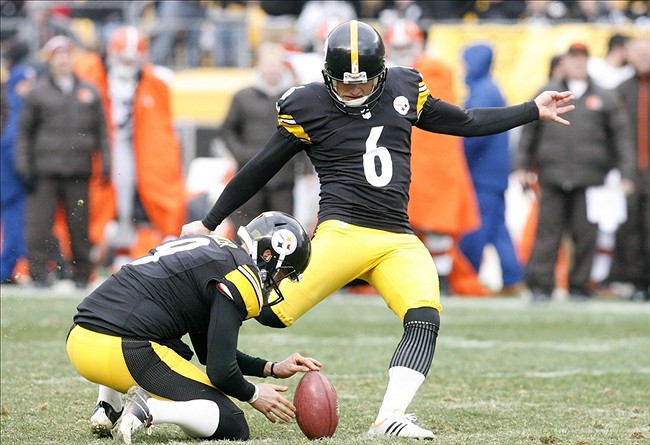 So you’re completely happy with  our special Teams?

“I chose not to play Curtis [Brown]”

Once again, we have one of our favorite Tomlin tropes: A player is great at something or other even though they aren’t actually showing it on the field.

I wish Mike Tomlin was my dad. If I brought home a C, I could tell him, “I’m actually an A student, I just didn’t perform that way over the past quarter.”

“Obviously there are things that we can improve upon”

Yeah, small things like scoring more than one touchdown per game. Or sacking the quarterback more than once. Little stuff like that. Minor adjustments really.

Poor Zoltan. Nobody ever realized he was actually a piss poor punter because for years he played for a New England team that barely ever punted.

“We need more consistency there”

We certainly do. It’s too bad the Steelers didn’t have any other options at punter. I mean, it’s not like they brought two of them to camp and had them battle it out over four games to determine the best one and then promptly jettisoned them both for a guy another team cut.

Enough talk about non-football players. It’s time for some of those hard-hitting questions from the local media that led to Tomlin’s abrupt walk out.

“Is it premature to say the offensive line is gelling?”

“It would be premature to say that”

To his credit, Tomlin treated that asinine question with exactly the kind of dumbfounded contempt it deserved.

Last week, the guy who was supposed to start at RT (Kelvin Beachum) was moved to LT because the colossal bust the team just acquired got hurt in pregame warm-ups. This week, the guy Beachum was supposed to replace (Marcus Gilbert) got hurt necessitating someone who played the entire preseason at GUARD being inserted in at RT. Oh and Beachum was in and out with some sort of minor injury.

But other than that, yeah, they’re totally jellin’.

“The reality is we gotta be multiple and diverse”

Tomlinism of the Week: Multiple. He used it three times to describe any defense that I guess shifts between different looks and formations. In other words, pretty much every defense in the NFL.

And here is where things got testy. In Tomlin’s post-game comments, he singled out future Hall of Famer Le’Veon Bell for his fine 93 yard rushing performance.

Evidently he did this because during the week the evil media dared to suggest Bell wasn’t exactly living up to the hype after rushing for 57 and 34 yards in his first two games back from injury.

“It’s okay that you did bupkiss in two straight games, Le’Veon, you didn’t fumble and you stayed awake watching game tape so you’re aces in my book.”

Poor wittle LeeLee. Did those big meany means with their stupid papers and blogs hurt your feelings when they wrote about how you’re always hurt and then do absolutely nothing when you finally return?

I realize Tomlin is a “player’s coach” but do we really have to coddle these grown ass men?

“I don’t want him listening to the elevator music”

Most of the guys who write and talk about the Steelers are like 60 years old so I guess calling their inane scribblings “elevator music” is appropriate.

However, I prefer to think of this blog as grunge.

Anyway, before you stomp off like a petulant child, let’s talk about that crazy ending starting with Manny Sanders kickoff return TD that wasn’t.

“What Bill told me, the white hat,”

I love that Tomlin calls the referee a white hat.

“is that there is no mechanism in place to review it”

Last I checked, they do have some mechanical thingamajig on the sidelines to look at plays. Unless that thing has a crank underneath that hood and you turn the handle to see a sequence of pictures of a Flapper girl performing a striptease.

Speaking of the Sanders call, did you notice the refs goofed and forgot to put 8 seconds back on the clock?

“I was too pissed to notice”

Coach Tomlin please! There may be children watching! Keep this PG! 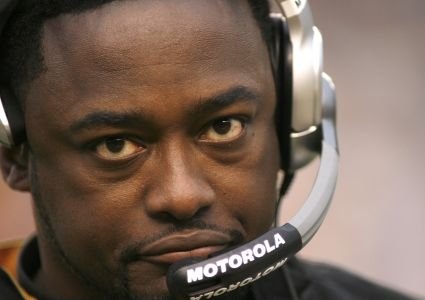