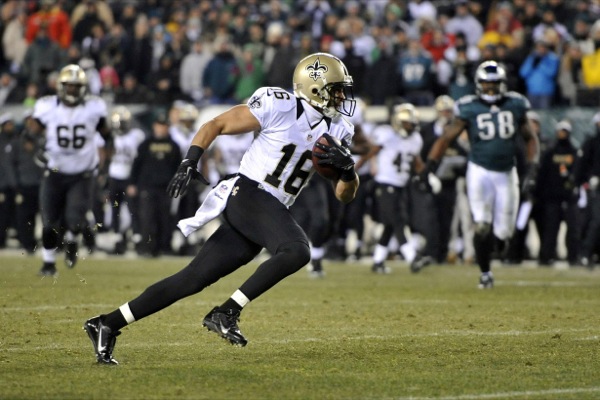 Late Friday afternoon, it was announced that Lance Moore signed a two-year contract with the Steelers. This comes just a day after the Steelers lost Jerricho Cotchery to the Carolina Panthers.

This was another good signing by the Steelers because it strengthens their receiving corps. After losing Emmanuel Sanders and eventually Cotchery, Thursday night, the Steelers top three receivers were Antonio Brown, Markus Wheaton, and Derek Moye. But, Moore adds some depth to that receiving core. Now, it’s Brown, Moore, and Wheaton as the top three wideouts for Pittsburgh.

Moore is a guy who has gone over 1,000 yards in a season before and has had more than five touchdowns in four of eight years in his career.

This deal makes the Steelers better because they got a veteran, but also because they get a guy who can become that next go-to guy for Ben Roethlisberger. Much like Jerricho Cotchery turned out to be in 2013.

Cotchery had a great year last year after two years of under-performing in Pittsburgh. In 2013, Cotchery had 10 touchdowns and 602 yards.

Lance Moore is always a threat to score. He reminds me of Cotchery, only better. Moore does not have numbers that truly stand out, but that also has to be taken with a grain of salt. Drew Brees has always had a lot of good receivers. In 2013, Brees had Marques Colston, Kenny Stills — a rookie who really started to improve as the season went on — and arguably the best tight end in the league in Jimmy Graham. With guys like that it’s easy to be overshadowed.

The Steelers don’t have those big-name, explosive playmakers on offense. Pittsburgh is usually a team that wins together and does not care about individual stats. I’m sure Ben Roethlisberger has someone he prefers to throw to, but there’s never been anyone that is an elite wide receiver. The Steelers don’t have a Calvin Johnson or Eric Decker or Rob Gronkowski. But that’s why this signing is good. Moore has the ability to show what he can do and fill the Cotchery void nicely.

On top of it all, the Steelers now can go after a wide receiver in the draft to replace Emmanuel Sanders if they don’t sign anyone else. I would like to see either Mike Evans or Allen Robinson come to Pittsburgh, but I’m not Kevin Colbert or Mike Tomlin.

They’ve gotten this offseason right so far. The Moore signing is just another check mark on that list.