Darrius Heyward-Bey Signing is a Risky One 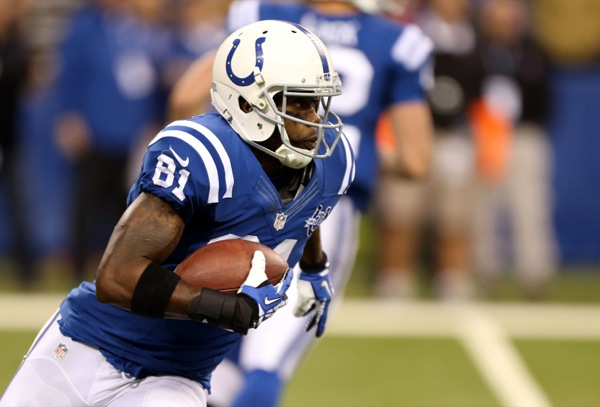 On Wednesday, the Pittsburgh Steelers agreed to terms with former Colts wide receiver Darrius Heyward-Bey on a one-year deal. That now makes the Steelers a bit deeper at the wide receiver position. However, it does not necessarily make them any better.

The Steelers top three wideouts are now Antonio Brown, Lance Moore, and Heyward-Bey, respectively. There’s no doubt Moore and Heyward-Bey have potential and can compliment Brown nicely. However, I’m not sold on that actually happening. I think Moore will have a good year, but I question the Heyward-Bey signing.

Heyward-Bey peaked in 2011 while playing for the Raiders. That season, Heyward-Bey had 64 receptions for 975 yards and four touchdowns. If he can put up those numbers, or even the 606 yard and five touchdown performance of 2012, he will fit in just fine.

There’s not any reason to think he will though. Last year, Heyward-Bey struggled badly in Indianapolis. He had just 29 receptions for 309 yards and only one touchdown.

Heyward-Bey is well known for dropping passes. He’s another example of a receiver that has plenty of potential, but just hasn’t lived up to it.

I don’t expect much from Heyward-Bey. That’s just being realistic.

This was definitely not the best signing of the offseason for the Steelers.

My hope in all of this is that the Steelers do not become content with what they have and lay off pursuing a wide receiver in the draft. There are no can’t-miss prospects but, guys like Mike Evans, Kelvin Benjamin, Sammy Watkins and even Allen Robinson could really help this team a lot.

As for Heyward-Bey, he’s running out of time to save whatever value he has left as an NFL wide receiver. We’ll see how he fares come September through December.

Steelers fans better keep their heads up high, but hopes down low on this one.

5 thoughts on “Darrius Heyward-Bey Signing is a Risky One”